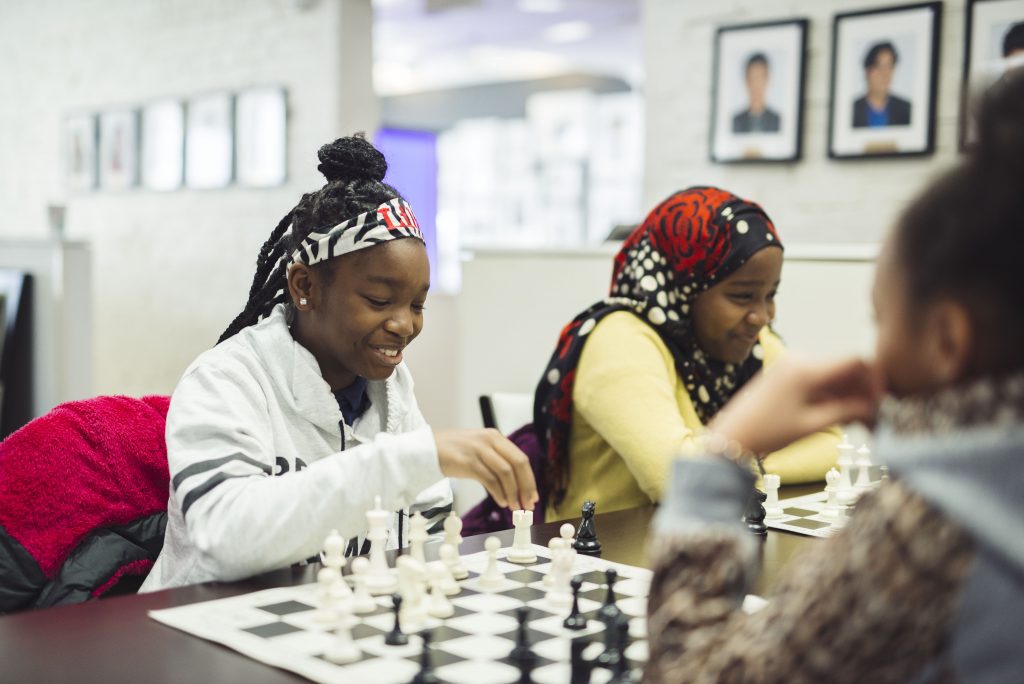 The Saint Louis Chess Club is celebrating its 10th year in St. Louis, and Metro Arts in Transit is joining in on the celebration with a bus painting event on Tuesday, from 10 a.m. to noon.

Chess players, children and others will transform a 35-foot MetroBus into a rolling work of art that will travel on routes in St. Louis County and the City of St. Louis over the next year. The bus features two chess-inspired murals.

“The Saint Louis Chess Club is excited to celebrate its 10-year anniversary with the Saint Louis community through this partnership with Metro Arts in Transit,” said Executive Director Tony Rich. “We hope this chess mural excites and encourages people to come and visit!”

“Over the last decade, St. Louis has become a leading center for chess and education in the United States, and throughout the world,” said David Allen, Director of Metro Arts in Transit. “We are delighted to help the Saint Louis Chess Club celebrate this important milestone and share it with the entire St. Louis region.”

The murals were designed by The Firecracker Press, and include bright colors and visual elements that celebrate the long history of chess and its impact to different cultures, as well as to highlight the game’s bright future here in St. Louis and around the world. The Firecracker Press is a letterpress design studio known for its vibrant, bold and fun designs.