Passengers, like Andrew, depend on Metro transit to get to work, school and other important destinations. We hope you enjoy his story, and we’re interested in your transit story too. Email mrhibbard@metrostlouis.org, and we may share your story in a future “Passenger Profile.” 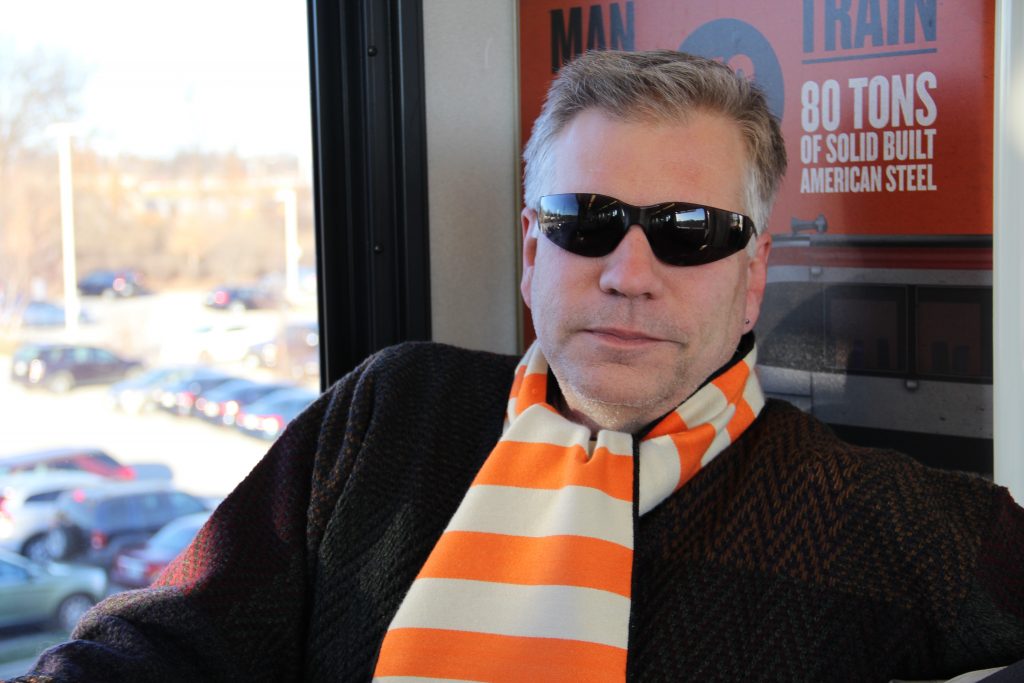 When the Cross County MetroLink Extension was completed in 2006, Andrew saw the new expansion as his ticket to ride.

That same year, Metro launched U-Pass, a transit incentive program where participating schools agree to pick up all or part of the transit tab for its students, faculty and staff. Washington University and Southwestern Illinois College were the first to join the program in the fall of 2006. It just so happens that Andrew works for the Washington University School of Medicine.

With a new MetroLink expansion and an incentive to ride, Andrew took the plunge into transit. He started off small, giving up his parking pass at work in favor of a free Park-Ride lot at the Shrewsbury-Lansdowne I-44 MetroLink Station. Fast forward seven months later, and Andrew would eventually give up his car altogether.

So, the family went from two cars to one.

Today, Andrew’s weekly commute consists of walking about a block and half from his home to catch the #21 Watson Road. From there, he rides the bus to the Shrewsbury-Landsowne I-44 station and takes the train to the Central West End MetroLink Station.

“I don’t have a car payment or car insurance to worry about,” Andrew said. “I don’t have to pay for gas. It’s a real benefit.”

“I don’t fight the rush-hour traffic when I’m on Metro,” he said. “Instead,  I check my messages, read a book or a magazine, and I’m able to decompress. The last thing I want to do after a long day at work is fight traffic.”