Passengers like Elliot depend on Metro transit to get to work, school and other important destinations. We hope you enjoy his story, and we’re interested in your transit story too. Email mrhibbard@bistatedev.org, and we may share your story in a future “Passenger Profile.” 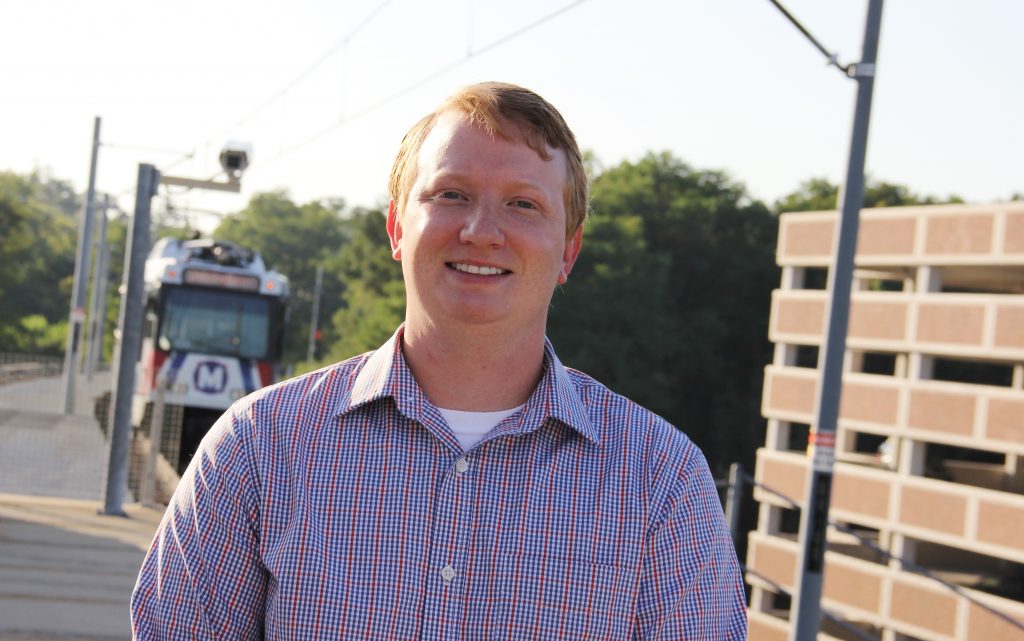 Elliot prefers to read on the rails.

Over the last six years, Elliot has read countless books on MetroLink during his work commute to and from downtown St. Louis.

“For six months, I read all the Game of Thrones books on the train,” he said. “I listen to a lot of podcasts and download a lot of audio books. I go to thrift stores to purchase old copies of books, whatever strikes my fancy.”

Elliot began riding MetroLink after he was involved in a car accident. That experience caused him to rethink his car commute.

“At that point, I wanted to find a better, safer way to get downtown,” he said. “I decided to leave the driving to MetroLink.”

In addition to providing Elliot with a safe and convenient way to get to work, MetroLink also made it easy for him to further his education. When Elliot was getting his master’s degree at the University of Missouri – St. Louis, he relied on MetroLink to get to class.

“It was a pleasure to read before class on the train,” he said. “I even did a couple last minute work assignments. When you work full-time and go to school at night, you don’t have a lot of free time. MetroLink provided me that free time.”