Passengers, like Kia, depend on Metro transit to get to work, school and other important destinations. We hope you enjoy her story, and we’re interested in your transit story too. Email mrhibbard@metrostlouis.org, and we may share your story in a future “Passenger Profile.” 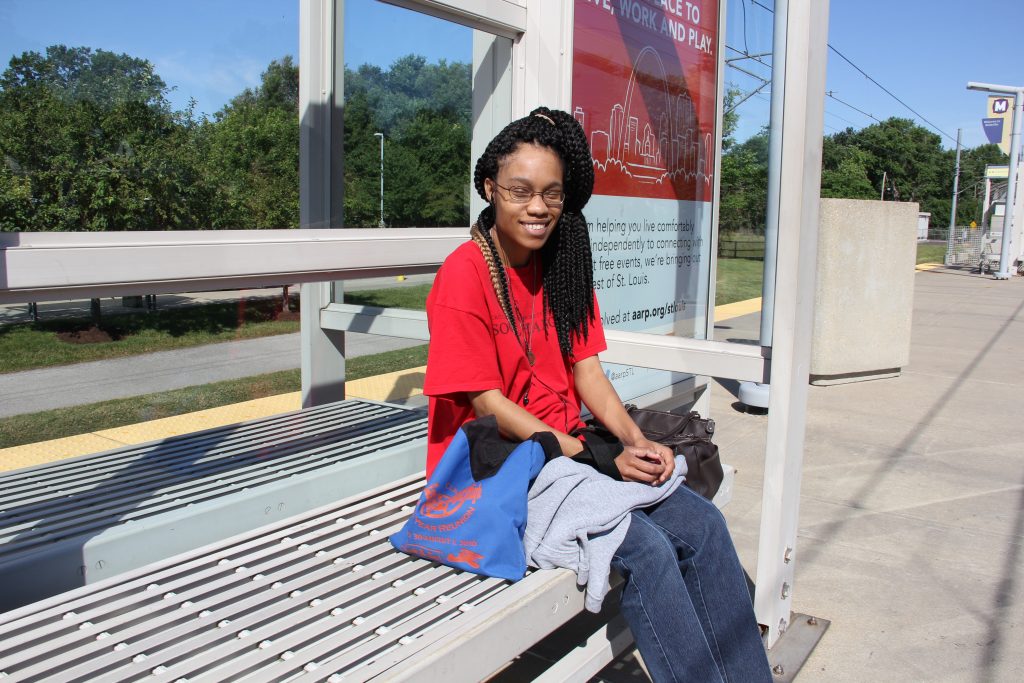 Kia depends on MetroBus and MetroLink to get around Illinois every day.

Her reasons for choosing Metro are numerous. From grocery shopping and doctor’s appointments to visiting friends or reaching important destinations in East St. Louis, Kia knows how to use the Metro system to her advantage.

On this particular day, Kia waits for a westbound MetroLink train at the Belleville MetroLink Station. She’ll ride the train to the Fairview Heights MetroLink Station and then hop on board the #1 Main Street-State Street to East St. Louis.

Kia has been using Metro since she was seven years old, and as you might imagine, she’s learned a few things when it comes to adopting public transit into your life.

As for what Kia does during her commute, it just depends on the day.

“Sometimes I’ll just sit and look out the window,” she said. “Maybe I’ll listen to my MP3 player or read a book. But most days, I just relax until I get to where I’m going.”