Passengers like Ryan depend on Metro Transit to get to work, school and other important destinations. We hope you enjoy his story, and we’re interested in your transit story too. Email mrhibbard@bistatedev.org, and we may share your story in a future “Passenger Profile.” 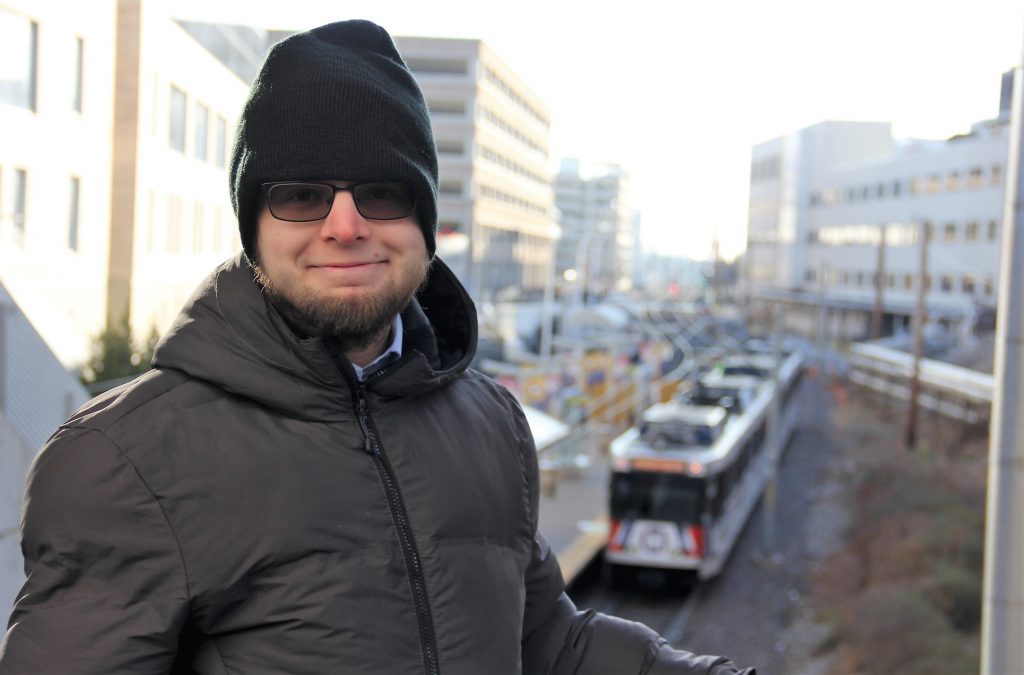 About three months ago, Ryan wanted something different in is his life. He was looking for that “city vibe,” so he moved downtown and settled on a place on Washington Avenue.

“I moved specifically because I wanted the urban experience and public transit was a part of that,” he said.

Ryan is a junior at the University of Missouri – St. Louis. Each day, Ryan boards a Red Line MetroLink train at the Convention Center MetroLink Station and rides the train to the UMSL campus. Ryan is studying social work.

“It’s faster to take the train than it is to drive,” he said. “I also like studying on the MetroLink.”

His public transit commute also allows him to save money on gas as well as be stress-free.

Ryan remembers feeling a little nervous when he started to put his public transit commute into full gear, but it became natural in a very short time.

“I would remind myself that most people are just trying to get from Point A to Point B,” he said. “It’s normal to be nervous your first time. You can do it.”

In addition to getting to and from school and work, Ryan uses MetroLink to visit the Delmar Loop and to Forest Park. He enjoys the benefit of not having to search for parking when he goes out, as well as several other perks his transit trips bring.

“I think it’s nice to have twenty minutes each day to unwind or play on your phone,” he said. “I think the biggest benefit of Metro is that it raises people up and gives them opportunities.”