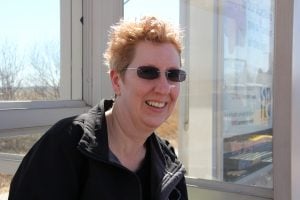 Before their planes are even cleared to take off from Lambert-St. Louis International Airport, the journey for Susan and Linda has already begun via Metro transit.

The two Illinois residents use MetroLink to get to and from the airport. Susan is leaving on a business trip, whereas Linda is going on a vacation.

Susan uses the free long-term Park-Ride lot at the College MetroLink Station. She said the train ride to the airport is about an hour, but said the long commute is worth it since it saves on wear and tear of her truck.

“It also saves my company from paying for parking at the airport,” she said.

Susan has been riding MetroLink  for about four years now.

Linda boards MetroLink at the end of the Red Line in Illinois at the Shiloh-Scott MetroLink Station. Like Susan, Linda also enjoys parking her car at the free long-term Park-Ride lot. 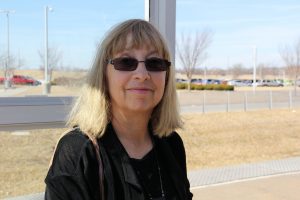 “Why take a car to St. Louis when you don’t have to from Illinois?” she said. “It’s just so convenient,” she said. “There’s no downside.”

Linda said she enjoys looking out the window while riding MetroLink and watching  the bike paths take shape along the light rail tracks.

Lambert Airport Terminal #2 serves the east terminal, which includes airlines such as AirTran and Southwest Airlines.

Lambert Airport Terminal #1 serves the main terminal at the airport, which includes airlines such as American Airlines, Delta, United and US Airways. Connecting MetroBus routes at this station include the #35 Earth City, #49 North Lindbergh and the #66 Clayton-Airport.

Some Bi-State area residents utilize MetroLink to get to the airport not only for business and pleasure travel like Susan and Linda, but also to get to work at the airport for their jobs at the TSA, airport restaurants and shops.