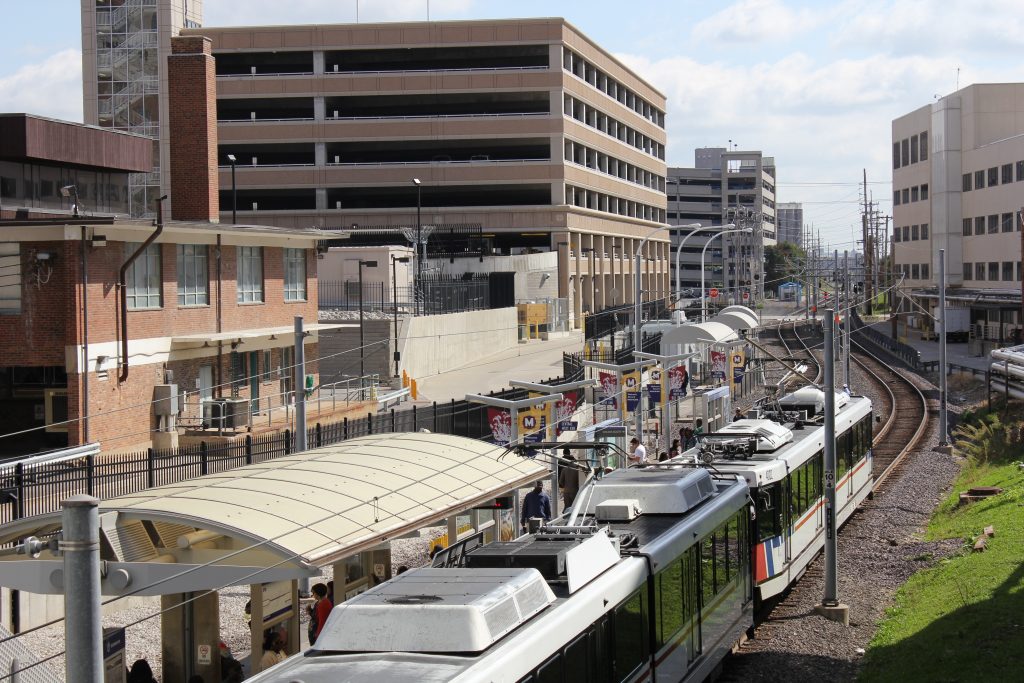 A new project scheduled to begin this week will bring major improvements to the busiest station on the MetroLink light rail system, the Central West End MetroLink Station. The $7.5 million enhancements are being funded by Washington University School of Medicine and BJC HealthCare, in partnership with Metro Transit. The goal is to relieve congestion at the station as well as to improve safety and visibility. The project is expected to take about a year to complete.

The MetroLink platform will remain open during construction, but the elevator at the west end of the station will be closed for demolition and reconstruction beginning on Thursday, December 26.

If you are unable to use the stairs on the west end of the Central West End Station, you can access or exit the MetroLink platform from an accessible walkway, located at the east end of the platform, which connects to the MetroBus Transit Center. A shuttle van will operate between a stop located at Children’s Place and Taylor, and a stop just north of the station’s west entrance. 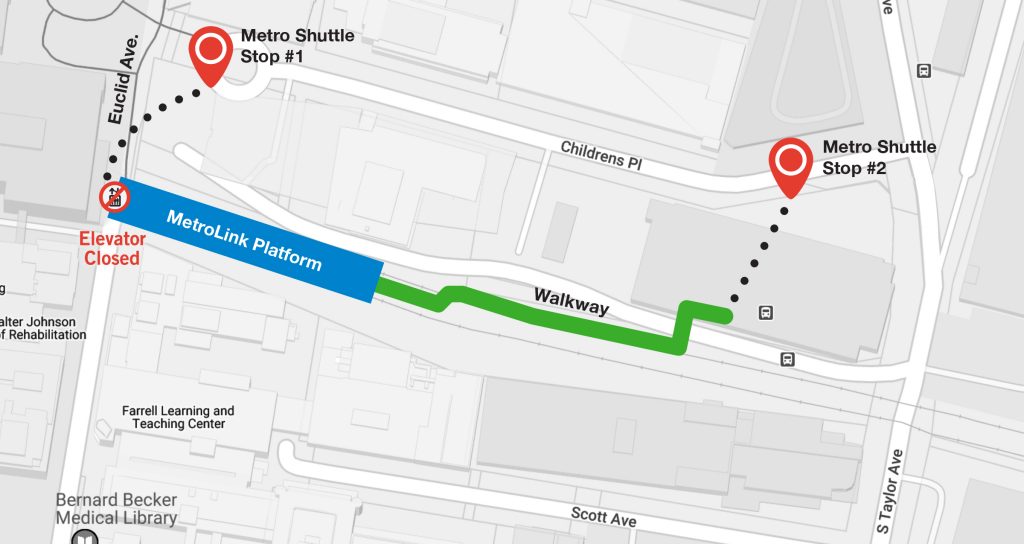 Throughout the project, temporary modifications and closures will be made to the station entrances/exits to enable you to safely access the MetroLink platform. We will let you know in advance if any temporary platform closures or service interruptions are required during construction.

“The Central West End Station is our busiest station with more than 4,300 riders boarding trains there every weekday. Those passengers and future riders will benefit from the improvements, which include new access control that will create a safer and more convenient transit experience through secure, monitored entry and exit points,” said Taulby Roach, Bi-State Development President and Chief Executive Officer. “The station improvements and amenities would not be possible without the funding and partnership of BJC HealthCare and Washington University School of Medicine.”