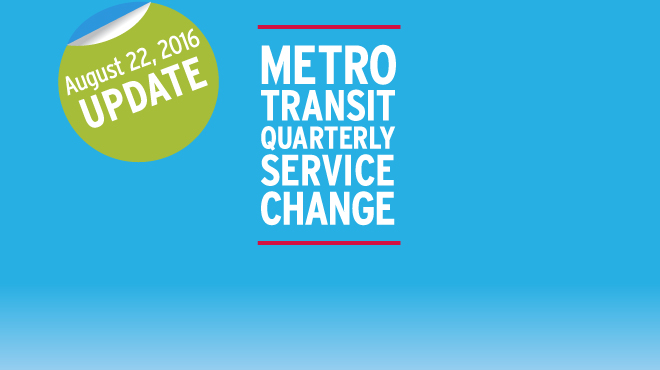 Your MetroBus and MetroLink schedule is going to look a little different on Monday, August 22 — that’s when Metro’s next quarterly service change goes into effect.

With trains now operating on both tracks across the Eads Bridge, MetroLink will change its schedule for the first time since 2012. These changes will improve connections for passengers who transfer between Red Line and Blue Line trains at the Forest Park-DeBaliviere MetroLink Station.

In addition, all MetroBus routes in Missouri will have minor changes to their schedules.

In an effort to build a better transit experience, Metro transit constantly monitors and reviews feedback from passengers and operators. Every quarter, Metro uses this feedback and other data to improve MetroLink connections and MetroBus route performance.