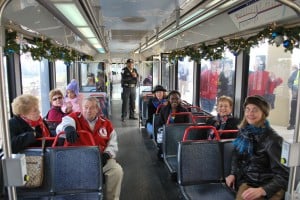 The Holiday Magic Train will be filled with the sounds of the season later this month as part of the Rhythm & Rails on-board holiday concert series presented again this year by 88.1 KDHX. 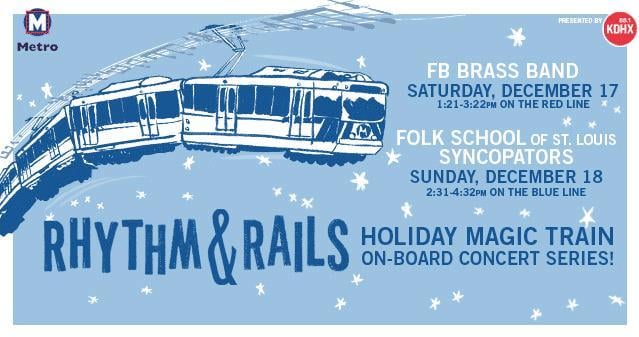 On Sunday, December 18, the Folk School of St. Louis Syncopators will perform on the Holiday Magic Train on the Blue Line from 2:31 p.m. to 4:32 p.m. 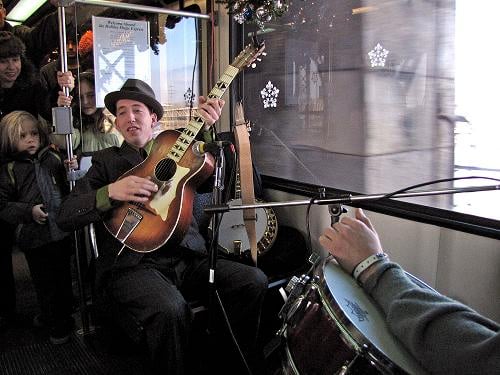 The Red Line goes to Lambert International Airport before heading back to Fairview Heights and the Blue Line travels to Shrewsbury before returning to Fairview Heights. Metro customers can board at any MetroLink Station along the way with a validated ticket and enjoy the concert.

Get ready for a rockin’ and folkin’ good time on the Holiday Magic Train!