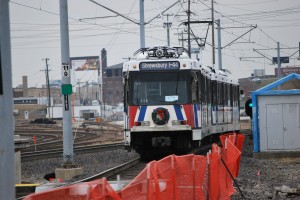 Passengers will get off the last four eastbound trains at the Central West End Station at 12:35 a.m., 12:49 a.m., 1:05 a.m., and 1:19 a.m. and board a MetroBus to continue eastbound to the Union Station MetroLink Station and to the Civic Center Station.

The last four eastbound trains on MetroLink’s service schedule are being taken out of service at the Central West End Station so the contractor constructing the new Grand Boulevard Bridge can work above the MetroLink tracks at the Grand MetroLink Station.

Westbound MetroLink service will not be affected because all westbound trains will have cleared the area before the overhead construction work begins.