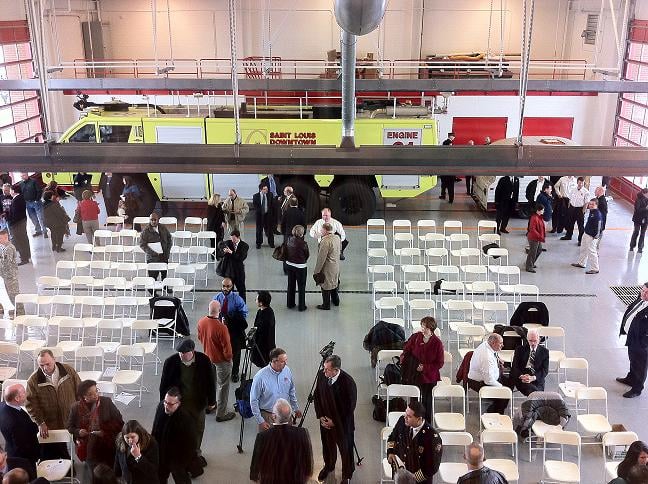 On Monday, Jan. 24, 2011, Saint Louis Downtown Airport and Metro celebrated a major milestone in the history of the airport with the dedication of the $5 million Airport Fire Station and Emergency Management Facility.  U.S. Representative Jerry Costello, Susan Shea of the Illinois Department of Transportation, Metro President and CEO John Nations and many others were in attendance to share the accomplishment with Fire Chief Mike Mavrogeorge, Airport Director Bob McDaniel and other staff. 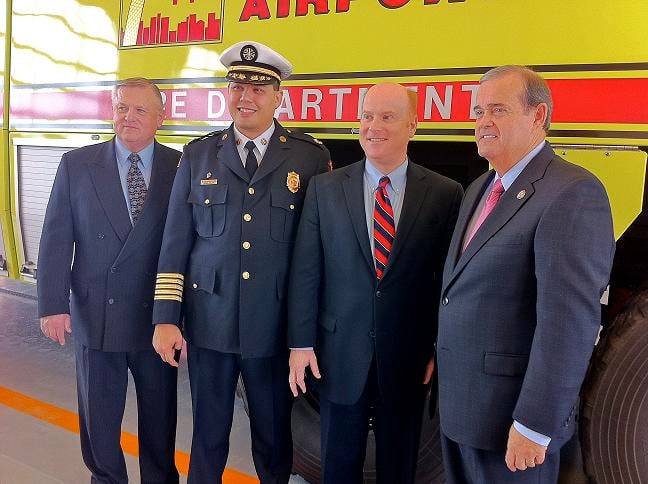 In 2008, Saint Louis Downtown Airport established the Fire Department in an aircraft hangar.  The hangar had no heat or plumbing, and the communications equipment was housed in a tiny, 50-year-old travel trailer in the hangar. Prior to that, the airport relied on a couple of nearby communities for fire and rescue assistance while being ranked as one of the busiest general aviation airports in the country. 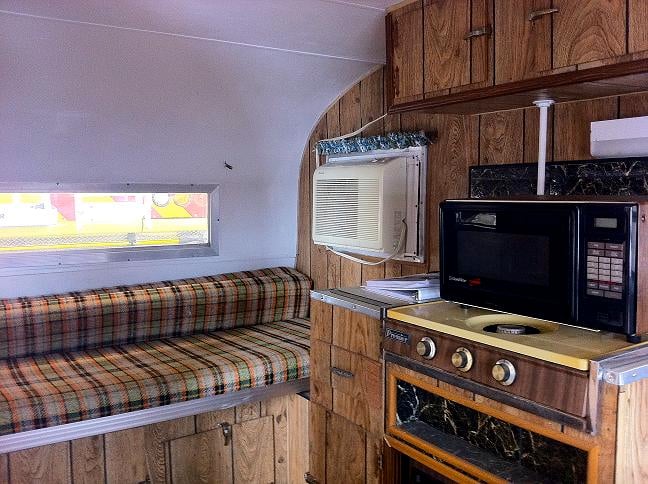 Inside of the old fire communications center

The airport has wonderful historic origins, opening in 1929 as the Curtiss-Steinberg Airport. Pilots such as Charles Lindbergh, Jimmy Doolittle and Amelia Earhart flew in and out of the airport in the 1930’s because it was one of the few airports that had paved runways. 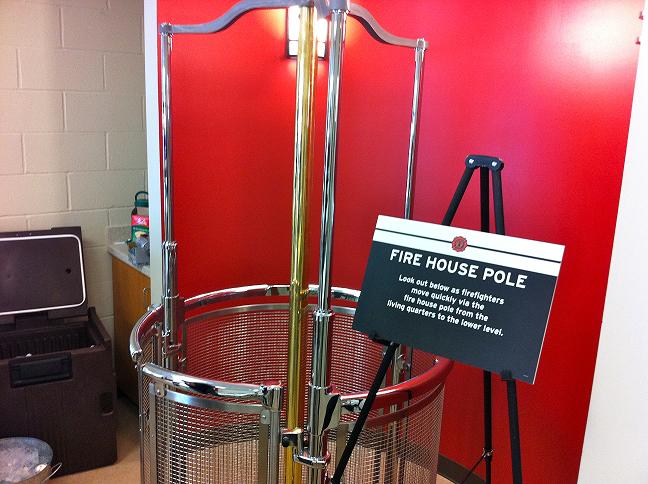 Every fire station needs a pole to help firefighters reach their equipment quickly!