Sighted: The Hanging Straps of MetroLink 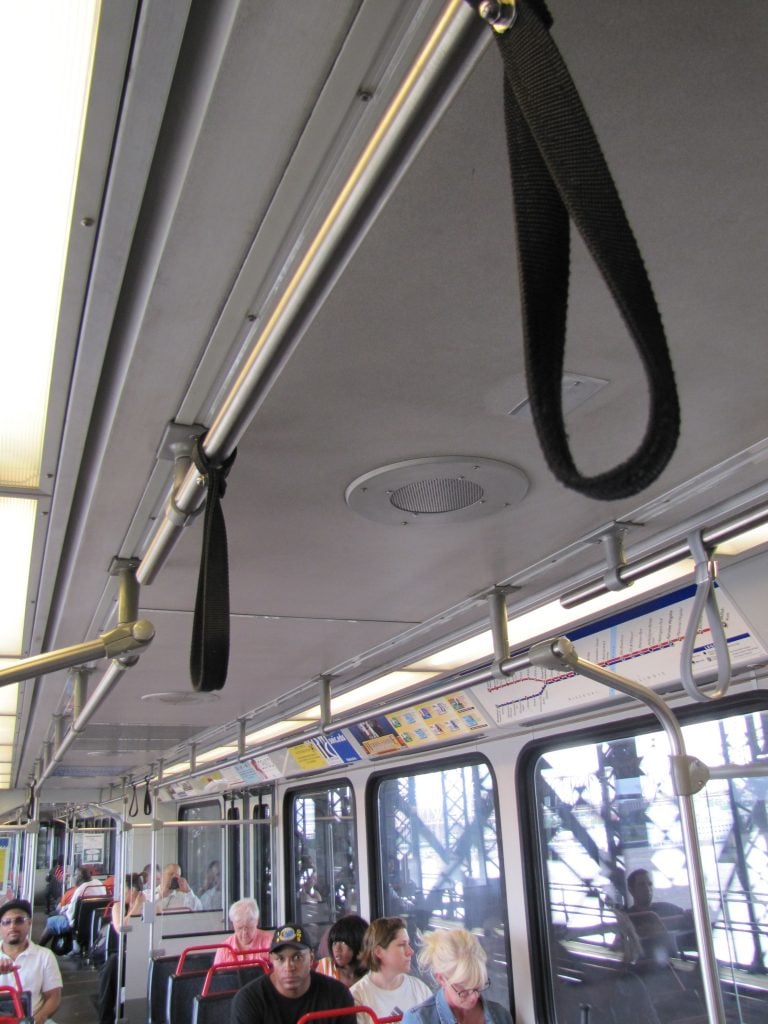 Seen these guys around lately?  Maybe not.  Actually, they’ve been installed in a MetroLink train for year now.  These cloth or vinyl hanging straps are one of the most ubiquitous symbols of  public transit, dating back to the 1800’s and steam locomotives.  Of course, they serve a utilitarian purpose; they give you something to hold onto when the train is crowded, if you are shorter than the bar, you have a bike to hold onto, or you are just prone to falling over (check!).

The initiative to install hanging straps came from our Light Rail Vehicle Engineer Steve Reyland.  Not surprisingly, when I asked Steve why he pushed for this project, he answered, “I rode the train when it was crowded!”  Metro is currently testing two types of straps: cloth and vinyl.  The vinyl ones are a little more expensive, but are easier to wipe down and keep clean.

The hanging straps are currently only in one train car while operations and maintenance gives them a trial run.  So far, Reyland says, the feedback has been positive.  We’ve seen several instances of people taking photos and posting them on Twitter.

When I went to take a picture of the straps, the gentlemen standing next to me asked what I was doing.  When I explained, he said, “Every train has to have these!”  I agreed with him – I’m a fan of the straps.

What do you think?  How do you like the hanging straps?

9 thoughts on “Sighted: The Hanging Straps of MetroLink”