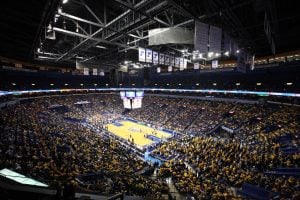 For $23.50, the special MetroPass provides unlimited rides on MetroLink, MetroBus and the #99 Downtown Trolley from March 4 to March 8. It’s a great way to get to and from the tournament at the Scottrade Center, and also explore all of the attractions, restaurants and sights to see throughout the St. Louis metropolitan area.

Not only can you purchase it online, but you can buy it at the MetroStore located inside America’s Center at 7th and Washington, and it will be available for purchase in the lobbies of several downtown St. Louis hotels.

The MVC Men’s Basketball Tournament — better known as Arch Madness —  has been held at the Scottrade Center location since 1995. The tournament is celebrating its 25th anniversary this year.