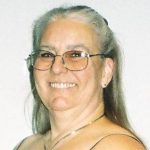 As World War II loomed in 1939, Congress passed the Civilian Pilot Training Act, designating several colleges to provide pilot training to 20,000 students a year.  One of those colleges was Parks College (now part of St. Louis University) which is now named St. Louis Downtown Airport in Cahokia, Illinois.  Another was the Tuskegee Institute in Alabama.

Over the weekend, millions of movie goers saw the story of The Red Tails, P-51 Mustang pursuit airplanes and the men who flew them.  These pilots would be known as the Tuskegee Airmen.

Like many young men in 1941, Ernest Henderson wanted to join the U.S. Military to defend his country against the intensifying war in Europe.  Already a proficient pilot and flight instructor, he dreamed of making a difference by flying bombers and fighters.  But Henderson could not fly those airplanes because he was an African American man. 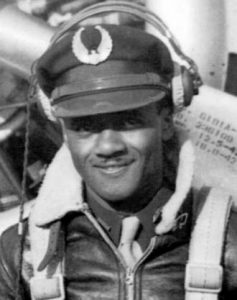 At a 2004 air show in his hometown of Columbia, South Carolina, Henderson told a reporter, “As a black soldier as I went into the service, we went in with the feeling that we were facing two opponents, facing two different battles.  First, we were facing the battle of segregation and the federal government for not letting us join because of our color and the second battle of the Germans against whom we had to fight.”

Black soldiers in WWII were trained to fly the P-51 Mustang.  The “P” designated it as a “pursuit” airplane, fast and maneuverable.  The P-51s flown by the 99th Pursuit Squadron were distinctive for their red-painted tails.  This squadron, commonly known as The Tuskegee Airmen, was tasked with escorting bombers over Germany, engaging the German fighters and allowing the   American bombers to continue safely to their target.  No bomber escorted by a Red Tail was ever lost in battle.

Henderson trained an average of 20 cadets a year in the Tuskegee program.

“Even though I was hit with great segregation here, I really felt that I could not let that segregation deter me from joining the Army Air Corps and work to keep democracy safe.” 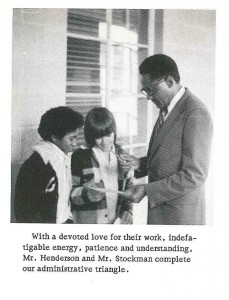 After the war ended, Henderson returned to his beloved home state of South Carolina.  It was at Fairwold Middle School, then-student Gary Streeter remembers Henderson as an Assistant Principal.  “He knew all the students and would greet them in the hall, very cordial.  He’d say, ‘Mr. Streeter, how are you today?  Hope your day is well.’  He was very polite, always respectful to all the students.  But don’t get out of line!  I never had a problem, but some students would get in trouble, and they’d get quite a talking to in Mr. Henderson’s office and often met with the “Board of Education” paddle that he kept in his office.”

“Mr. Henderson came in my office; we chatted about school, and he told me about being a Tuskegee Airman.  He had never mentioned it before, but he told me many stories.  He needed to fly a short checkride to satisfy the requirements of the company for him to become a renter of our airplanes.  So, we flew in a Cessna 172 four-passenger airplane, and after the flight I completed the necessary paperwork.  He produced his logbook, and I realized it was a WWII service logbook!  All his flights over Germany were logged in it!” 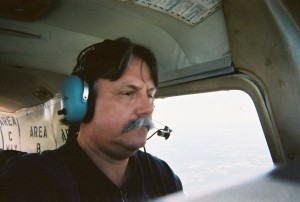 You will find Streeter’s signature in Henderson’s logbook which has been  displayed at the State Museum in South Carolina in an exhibit honoring its favorite aviator, Ernest Henderson.

The Henderson quotes featured in this blog are from video interviews about Tuskegee Airmen courtesy of South Carolina ETV.