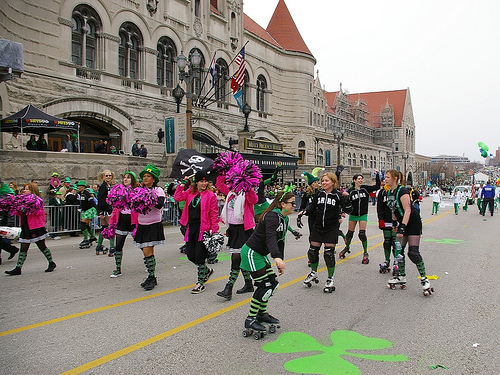 It’s going to be a big weekend in downtown St. Louis – it’s the annual St. Patrick’s Day Parade and Run! For these events, hundreds of thousands of people will head to downtown St. Louis.  First, “lucky” runners will participate in the 5K run from Broadway Avenue in downtown to Compton Avenue near the Chaifetz Arena starting at 9 a.m.  Then, the St. Patrick’s Day Parade will march from 18th and Market streets heading east to Broadway and Market starting at noon.  Due to the festivities, the following MetroBuses will be rerouted from 11:30 to 2 p.m.:

For a full list of the turn-by-turn rerouting for each line, go here. In general, expect some delay if you will be traveling on these lines. MetroLink will be running its regular weekend schedule.