The study points out what transit planners in this area have said for years – that the current lack of a regional approach to transit and transit funding has not allowed the system to evolve to meet the growing needs of the region.

“Metro areas need to craft comprehensive visions not only for how to create more jobs, but also how to link people to those jobs effectively” – Alan Berube, Brookings Institution Senior Fellow 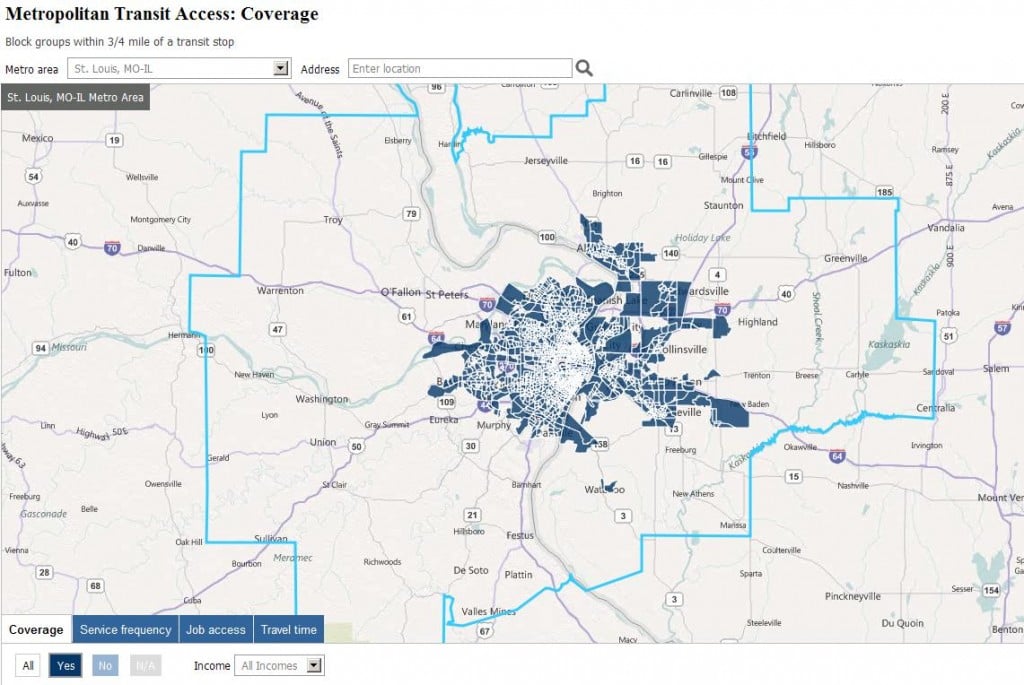 Areas like St. Charles County and Madison County have made some transit investments and they connect to Metro Transit for quick connections to downtown St. Louis, Clayton and the Metro-East.   This metropolitan area, like other regions, will continue to make decisions about the investments it is willing to make to improve the reach and frequency of the transit system they want.

A long-range transit plan developed by Metro Transit and the East-West Gateway Council of Governments also identified needs and opportunities for transit both inside and beyond Metro’s current service footprint.   The missed opportunities cited in the Brookings study provide another opportunity for our region to address how we want transit to evolve and expand to serve the growing needs of the region.

20 thoughts on “Study Ranks Metro Transit High for Access in its Service Area, Also Points to Need for Further Reach”