Take A Ride Back In History on the #70 Grand Line 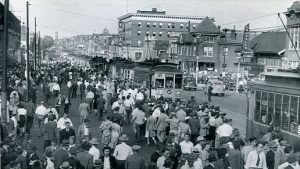 In celebration of our first articulated buses going into service on the #70 Grand Line, we thought we’d take a step back in history, back before Bi-State Development Agency got into the public transit business in 1963, all the way back to when streetcar service began on Sept. 3, 1859.

Before we can talk about streetcars on Grand Avenue though, we have to take a moment and explain how streetcars came to be in the first place. The early 1860s was an era of horse-drawn transport with only a minimum of steam-powered transportation due to generally unpaved road surfaces and strong public objection to noise, steam, and smoke on the city streets. The change to electric power began in 1889 and by 1893 the switch to electric streetcars was all but complete. 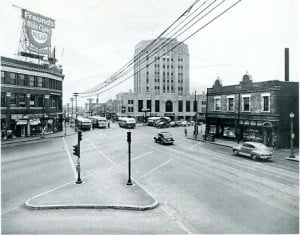 Until the 1890s, Grand Avenue was served by a patchwork of private streetcar companies, each confined to their own section of Grand and bound for destinations west or east, rather than the natural north to south alignment in place today. When the Grand Avenue Viaduct opened in 1890, it made a new north-south route on Grand Avenue possible for the first time.

Fast forward a few decades to the 1950s and the #70 Grand was still one of the top five transit lines in the city, like it had been in the 1890s and 1920s. The route ran by many attractions including the thriving residential and retail area of North Grand around the Water Tower, Natural Bridge/Hebert and the area around Fairgrounds Park. 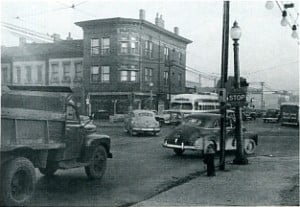 The frequency of streetcars on the Grand Line depended on the time of day, but it could vary from 10 to 60 streetcars on the entire line. This translated to a streetcar every five or 10 minutes at its minimum and one every 90 seconds or less at its maximum.

The Grand Line was the last line to use trailer cars (non-motored cars hitched to motored cars) in 1946 to cope with extra-heavy ridership during big events such as the World Series in 1944 and 1946. 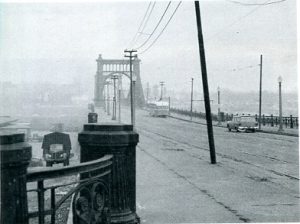 Today, the #70 Grand Line still remains the region’s busiest bus route in terms of ridership, averaging about 9,000 boardings each weekday. As they did in the past, today thousands still depend on the bus route to get to work and school, as well as to medical appointments, entertainment, dining and shopping venues.