Take a Ride on the #174X North Express 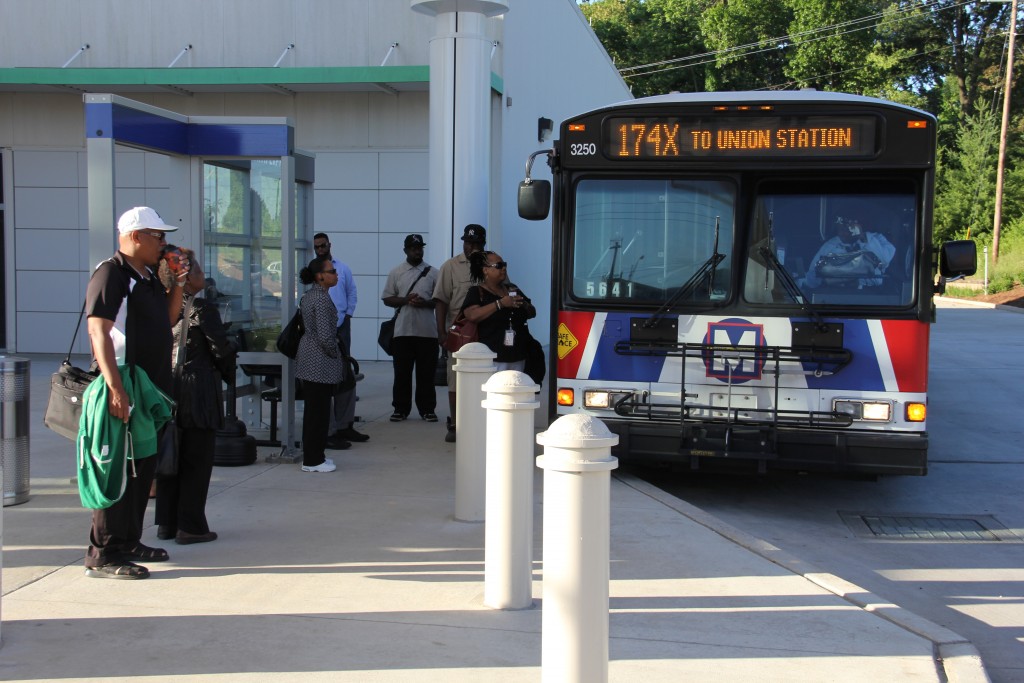 After it starts its journey from the North County Transit Center, the express route heads east to Halls Ferry Road. As the #174X North Express travels south on the heavy commercial corridor of Halls Ferry road, empty seats on the bus soon become hard to find.

Just before the bus passes the intersection of Halls Ferry and Chambers Roads, Kea boards the bus on her way to work in downtown St. Louis. She’s been riding Metro for four years now.

The #174X North Express continues its trip toward downtown St. Louis, turning onto Riverview Boulevard at Halls Ferry Circle. At this point of the trip, the route enters residential neighborhoods and homes surrounding the northern and western edges of Calvary Cemetery. The bus uses West Florissant Avenue to make its connection to Interstate 70. The express route doesn’t spend too much time on the interstate before it’s zig-zagging its way through downtown St. Louis. 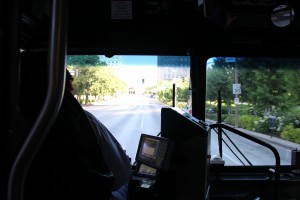 Downtown St. Louis is the destination for the majority of the #174X North Express riders, including Kea. The express route serves key downtown job centers, as well the Convention Center and 8th & Pine MetroLink Stations, before ending its trip at the Union Station MetroLink Station.

After a quick break, the bus starts its trip back to the North County Transit Center. Three people hop on, including Arthricia. She’s on her way to work at the YMCA at the O’Fallon Park Rec Complex. To get to work, she rides the #73 Carondelet from Cherokee Street in south St. Louis to the Union Station MetroLink Station. From there, she usually takes the #74 Florissant, but this time she’s giving the #174X North Express a try. She’s not worried though, she’s got an app on her phone that she uses to plan her trips on Metro.

“I’m taking a risk this morning,” she said, “but the app hasn’t failed me yet.”

Arthricia has been riding Metro “all of her life” and uses Metro for more than just getting to work. She also likes taking Metro to the mall, to local bars, to visit friends and to work on her bowling skills. Arthricia steps off the bus at the first bus stop off of Interstate 70.

The #174X North Express continues its trip back to the North County Transit Center, switching its objective to now provide direct, express service for passengers heading to the homes, stores and businesses of North St. Louis County.