Take a Ride on the #79 Ferguson 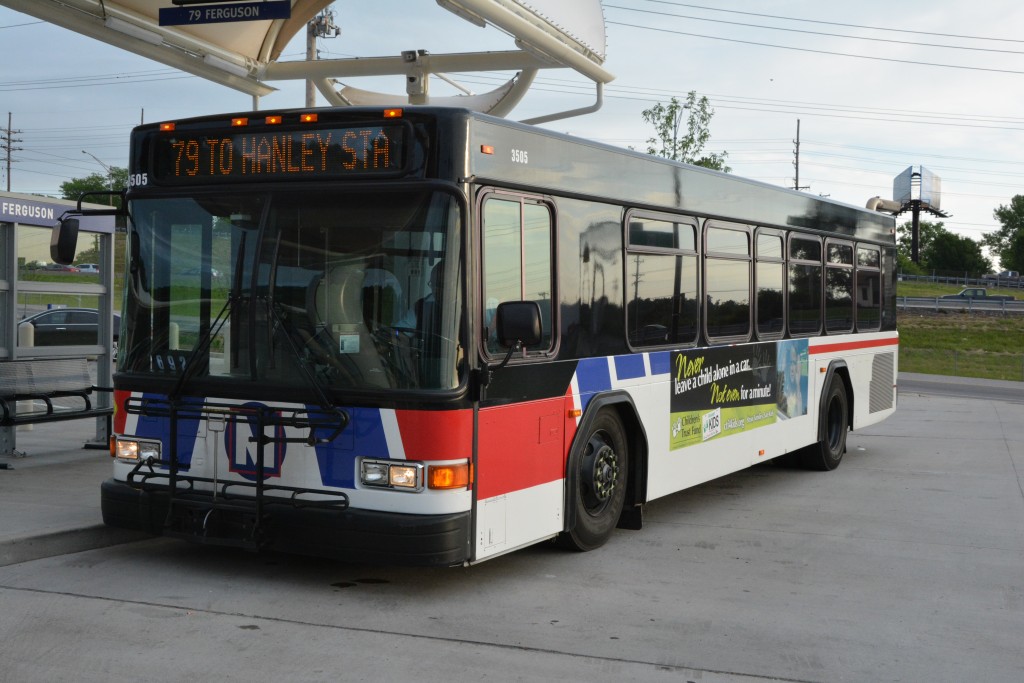 The #79 Ferguson MetroBus route provides an important link between the North County Transit Center and the North Hanley MetroLink Station, serving both the residential and commercial areas along Dunn, North Florissant and South Florissant Roads.

The bus leaves the North County Transit Center and heads west on Pershall Road before crossing Interstate 270 to serve the businesses along Dunn Road, making stops at the Shopping Centers at Clocktower Plaza, Ferguson Square and Grandview Plaza.

The #79 Ferguson then turns south on New Florissant Road, providing service to McCluer High School and Walnut Grove Elementary School as well as several nearby businesses. The bus navigates through the residential neighborhoods of Calverton Park, Berkeley and finally downtown Ferguson via Airport, Dade and Suburban Roads.

After winding through residential neighborhoods, the #79 Ferguson returns to the retail corridor of South Florissant Road, passing by the Ferguson Brewing Company, Schnucks, McCluer South-Berkeley High School and other businesses and destinations.

The #79 Ferguson passes underneath Interstate 70 and enters the University of Missouri – St. Louis, as well as the corporate headquarter campus of Express Scripts, before reaching its final stop at the North Hanley MetroLink Station. 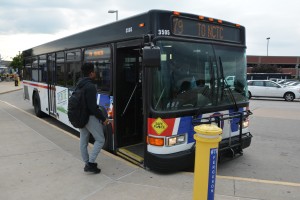 After a short break, the bus gets ready to leave with a new group of passengers, including Crissy. Crissy says she has relied on Metro for a long time and uses Metro to get to two jobs each week. To get to her morning job at a nearby government center, Crissy boards a Red Line train at the Fairview Heights MetroLink Station. From there, she rides a westbound train to the North Hanley MetroLink Station where she catches the #79 Ferguson to get to work – and this morning, for a quick pit stop at a nearby McDonalds so she can grab breakfast.

For her evening job as a food runner at the Scottrade Center, Crissy boards the #79 Ferguson on South Florissant Road and heads back to the North Hanley Station so she can ride the train to the Civic Center MetroLink Station, which is located next to the Scottrade Center. She uses her transit time to catch up on music, movies and shows on Netflix.

The #79 Ferguson leaves the North Hanley MetroLink Station and starts its return journey back to the North County Transit Center, picking up passengers bound for school, work and other important stops in the area.