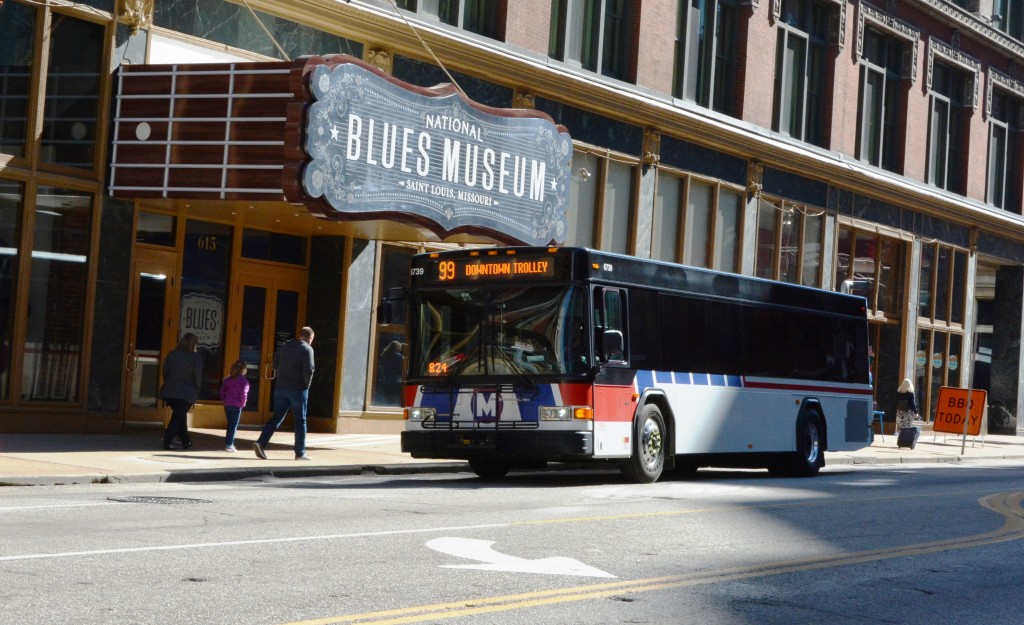 The sounds of rhythm and blues will soon be a main fixture along Washington Avenue as the National Blues Museum officially opens to the public on Saturday, April 2. Take part in all of the fun and festivities by riding Metro to tomorrow’s grand opening celebration.

The National Blues Museum is located at 6th and Washington Avenue in the Mercantile Exchange District in downtown St. Louis, just feet away from the Convention Center MetroLink Station.

On Saturday, Sixth and Seventh Streets between Washington Avenue will be closed from 9 a.m. to 10:10 a.m. A musical procession with the Normandy High School Marching Band will begin at 9:30 a.m. at Sixth Street and Washington Ave. The #40 Broadway and #99 Downtown Trolley will be rerouted due to the road closures.

Following a ribbon cutting, the museum will open at 10 a.m. The 23,000 square-foot museum will include more than 16,000 square feet of “highly interactive technology and artifact-driven exhibits, an exclusive 150-seat performance area, special event space and classrooms.”

Avoid traffic and the hassles of finding (and paying for) parking by taking Metro. Leave your vehicle at any one of 21 free Metro Park-Ride lots in Missouri and Illinois, ride MetroLink to the Convention Center MetroLink Station and be just steps away from all of the excitement. To plan your trip to the National Blues Museum on public transit, use our handy Trip Planner.