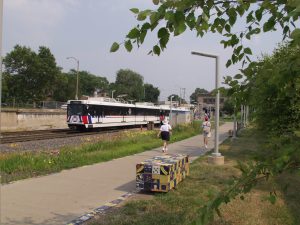 Fall into the autumn concert season by letting Metro get you front and center stage to these October events.

Ariana Grande starts October on a high note, performing at the Scottrade Center on Oct. 4. After that, WWE will return to St. Louis for the final time this year on Oct. 10. The circus comes to the Scottrade Center on Oct. 16 through Oct. 18 with the Ringling Brothers and Barnum & Bailey Circus Xtreme (get ready for crazy-stunts and acrobats rappelling through a three-story tower and that’s just one act!) Singer, songwriter, musician and producer Stevie Wonder will finish off October performances at the Scottrade Center when he brings his Songs In The Key Of Life Performance tour to the venue October 25.

Singer and songwriter Tori Kelly will perform at The Pageant on Oct. 9. British rock band Bring Me The Horizon will play the following week on Oct. 12. Chicago’s Chance the Rapper will perform the next day on Oct. 13. American indietronica band Passion Pit will perform  Oct. 19 with Mat Kearney ending The Pageant’s October concert lineup with a performance on Oct. 13.

No plans on Oct. 10? How about spending a night with Cedric “The Entertainer” at the Peabody Opera House? The event will feature actress and two-time Grammy Award-winning singer Patti LaBelle as the headline performer. Multi-platinum recording artist Josh Groban will bring his North American sold-out tour to the Peabody on Oct. 19. The following week, Bill O’Reilly and Dennis Miller bring their wildly successful U.S. tour to St. Louis on Oct. 23.  Comedians Jeff Foxworthy and Larry the Cable Guy end the month at the Peabody with a few laugh, bringing their We’ve Been Thinking Tour to St. Louis Oct. 30.