Take Metro to See Barry Manilow, The Who 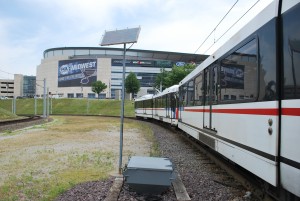 The first day of spring happens later this month, and just like the weather, the St. Louis event calendar is heating up.

The Missouri Valley Conference kicks off its three-day Arch Madness college basketball tournament on March 3 at the Scottrade Center. For $23.50, the special five-day MetroPass will provide unlimited rides on MetroLink, MetroBus and the #99 Downtown Trolley for guests attending the tournament. Later in the month, the 2016 NCAA Division I Men’s Basketball Championship First/Second Rounds will take place at Scottrade Center on March 18 and March 20. A concert by The Who on March 25, followed by a performance by Barry Manilow  on March 31 will round out the month at the Scottrade Center.

American singer-songwriter Bryson Tiller will kick off the month of March at the Pageant on March 8. The next day, Dutch electronic music produce Oliver Heldens will perform. Toward the end of the month, American R&B singer, songwriter and producer Tank will perform on March 23, followed by Canadian producer and DJ Excision on March 24.

American blues singer, songwriter and slide guitar player Bonnie Raitt will bring her In Deep Tour to the Peabody Opera House on March 18. Her North American Tour will feature her longtime touring band.