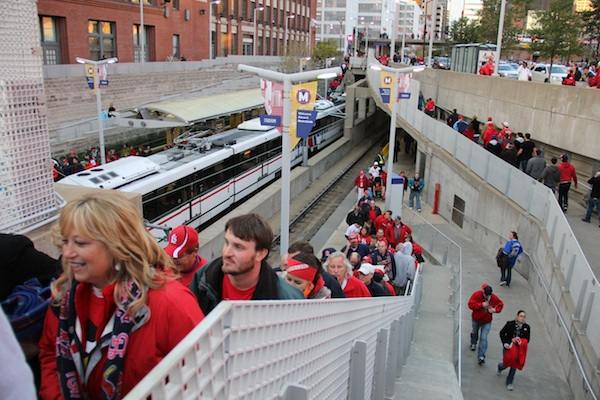 The St. Louis Cardinals kick off their first home game of the season at Busch Stadium on Monday, April 11. Metro is the best option for Redbird fans to get to all of the fun and excitement without worrying about traffic and parking.

With thousands of baseball fans expected in downtown for the big game, in addition to the home opener taking place on a work day, streets will be busy and parking downtown will be at a premium.

MetroBus is another great option for getting to downtown St. Louis on Monday. Fans can catch the #40 Broadway or #99 Downtown Trolley, which both have stops near Busch Stadium, or ride on one of 18 MetroBus routes to the Civic Center Transit Center, located just a few blocks west of the stadium.

In addition to MetroLink and MetroBus, Illinois passengers can also ride the Redbird Express to get to the home opener on Monday. The first Redbird Express leaves from the Water Tower at St. Clair Square in Fairview Heights two and a half hours before the game with service every three to five minutes. On Monday, the Redbird Express buses will begin service at noon.