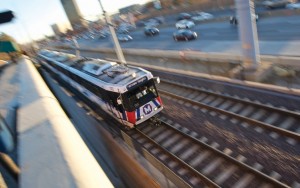 If you are going to the Bosnia & Herzegovina vs. Ivory Coast soccer game tomorrow night at the Edward Jones Dome, think about taking Metro to get there. The game starts at 7:30 p.m.

You can park you car for free at one of our 20 Park-Ride lots and ride MetroLink to our Convention Center MetroLink Station. The Edward Jone Dome is also served by the #40 Broadway, #99 Downtown Trolley and the #30 Soulard MetroBus routes.

This is the fourth international soccer match to be played in St. Louis within the past year. Two games were played at Busch Stadium, and this will be the second game played at the dome.