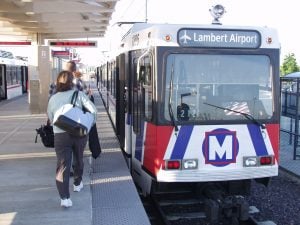 Crews will repair concrete, paint, add tactile strips to the station platform, upgrade the electrical system and install new lights at the station. The Lambert Airport Terminal #1 Station will close on July 27 and should reopen on Monday, Aug. 10.

MetroLink Red Line service outside of Lambert Airport Terminal #1 Station will not be affected, and trains will operate on normal weekday and weekend schedules during the rehabilitation project. Metro crews will also perform maintenance work on the closed section of track during the station closure.

From 8 p.m. Friday, July 24, until end of service on Sunday, July 26, one side of the Lambert Airport Terminal #1 Station platform will be closed as crews begin preparing for the rehabilitation project.