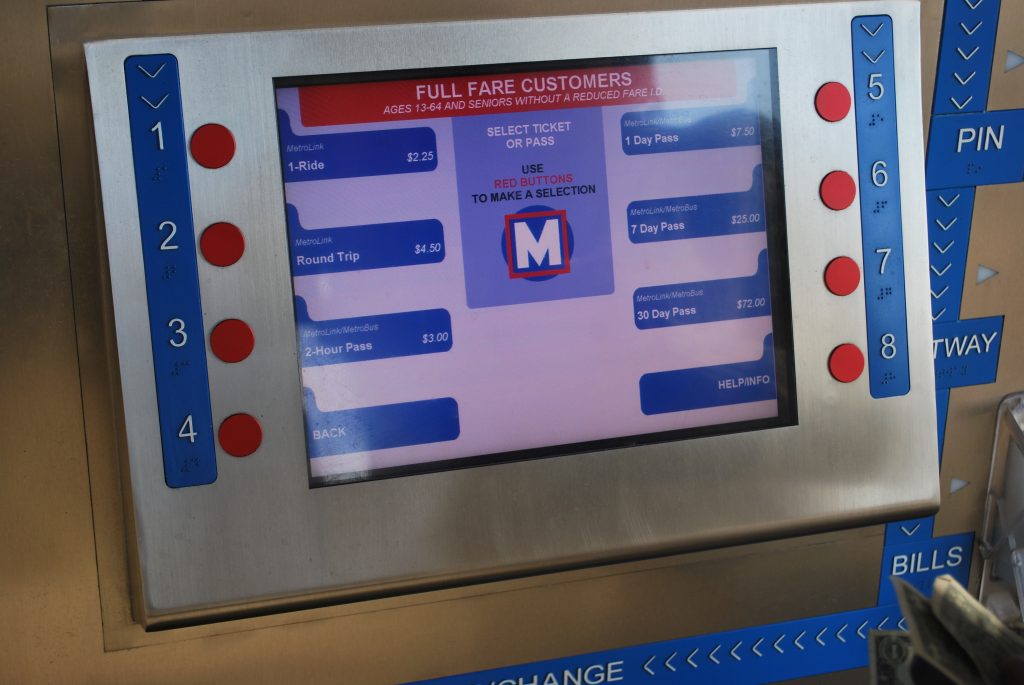 If you normally buy your Metro transit fare at the machines near the MetroLink tracks at the Civic Center Transit Center, you need to be aware of some recent changes.

Metro ticket vending machines have been relocated to accommodate ongoing construction to expand the transit center. One of the lower level Metro ticket vending machines is now located at the street level near the 14th Street entrance to the Civic Center MetroLink Station. Another ticket machine was installed on the west side of the MetroLink tracks on the walkway leading to the Gateway Transportation Center.

We recommend purchasing your Metro tickets and passes from the 14th Street machines or the ticket machine by the Gateway Transportation Center to avoid any delays on your way to the platform for your regular MetroLink commute. Remember, your ticket must be validated before getting on the train. The validating machines are located by the ticket vending machines in both locations at the station.

And as for what’s happening at the Civic Center Transit Center? This construction project will expand and enhance Metro’s busiest transit hub in downtown St. Louis to better accommodate buses serving the transit center and to provide transit riders with new passenger amenities and features.

When completed, the transit center will be able to accommodate 40-foot buses and 60-foot articulated buses. It is also designed to accommodate electric buses in the future and to serve as a terminal for bus-rapid transit service. Construction got underway in April 2016, and is expected to take approximately 18 months to complete.