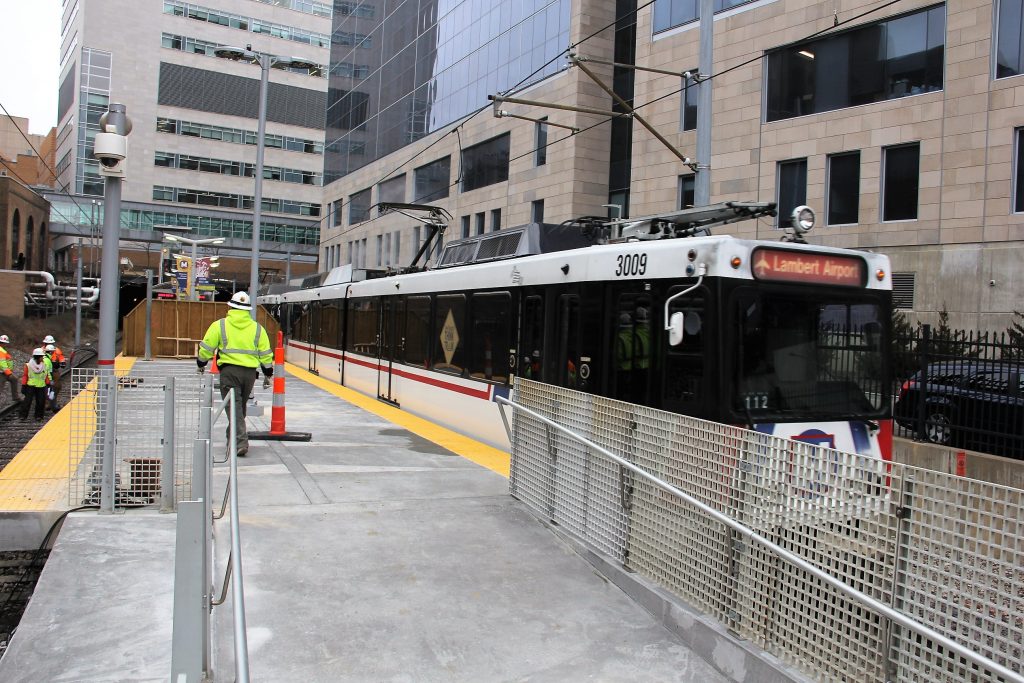 At the beginning of service on Monday, March 11, the main walkway between the Central West End MetroLink Station and the MetroBus area in the adjacent parking garage will reopen.

At the same time, you’ll be able to use the newly extended section of the MetroLink station platform. The 60-foot platform extension gives more room to board and exit the trains at MetroLink system’s busiest and highest passenger volume station. While the Central West End Station remained open during construction, the walkway has been closed since last August to accommodate construction crews working on the platform project.

The new section of the MetroLink platform was originally scheduled to open several weeks ago, but was postponed after a potential issue was identified during the final inspection of the project. Further evaluation showed one section of the new concrete platform was settling more than anticipated. It was decided that additional support would be put in place. We will continue to monitor it after the platform extension opens.

Metro is working with its partner BJC HealthCare on the redesign of the Central West End Station, which will include more amenities for Metro customers.

The platform extension at the Central West End MetroLink Station was the third and final phase of a $15.5 million project that included the building of the new Cortex MetroLink Station just to the east and the first quarter-mile portion of the Chouteau Greenway. Both of those projects were completed and opened on July 31, 2018. All three phases of the project were funded through a public-private partnership, which included a federal grant of $10.3 million from the Federal Transit Administration.