Editor’s Note: To highlight some of the good work that Metro employees do, Nextstop will be featuring different people and departments as they’ve worked hard to innovate, improve customer service and amenities, save money, or take other actions that improve transit in St. Louis. These are not just Metro leaders, but the people that make the Agency work and its operations function well. Thank you for reading and helping give recognition to some of these awesome people. – Courtney 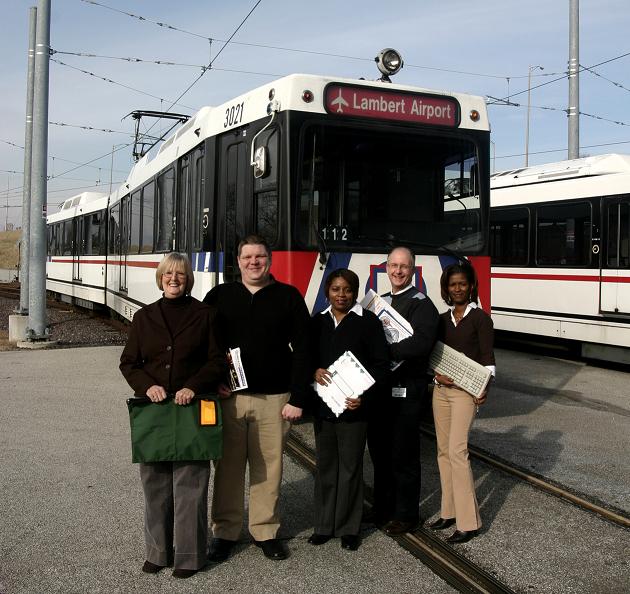 Last January, In-plant Graphics Magazine, a publication dedicated to in-plant printing services, highlighted the work of Metro’s Office Services department and its efforts to combine upgrading equipment and capabilities with more in-house printing services to cut costs.  How much has the effort saved?

“I’ve been able to reduce our operational budget from $475,000 to $210,000 without increasing staff [of five],” Director of IT Quality and Office Services Kent Swagler told the magazine.

In case you’re not a math fan, that’s a 56 percent decrease in operational costs in five years.  At the same time, Office Services actually increased the amount of work they can do in-house.  Metro can now produce about 90 percent of its printing jobs in-house. 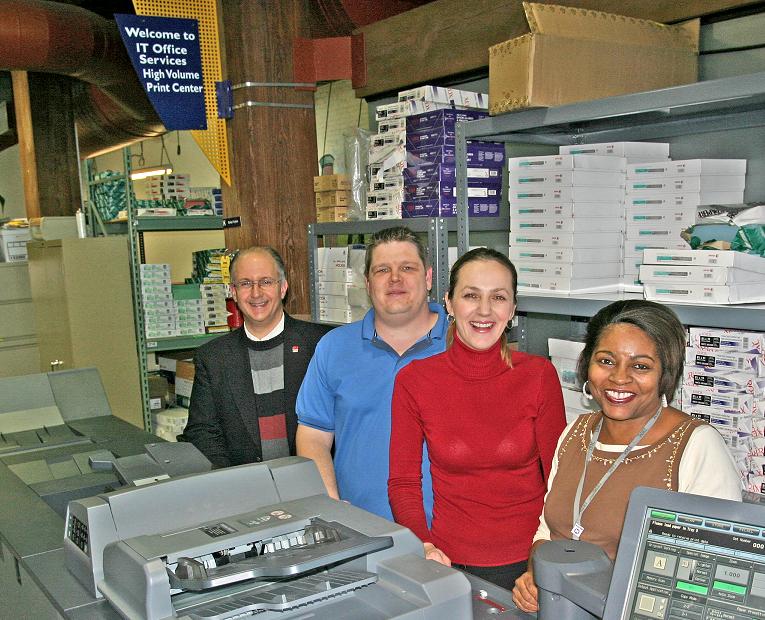 So how did they do that?  Initial investments in new equipment equaled big saving in labor and time.  Here’s some examples:

A big money saver has also been a waste saver: reducing the amount of paper the Agency uses.  Swagler converted many of Metro’s copiers into scan-and-copy systems, so that more forms could be sent electronically.  Now his department is reviewing forms to see how they can be converted to electronic forms or reformatted to take up less space on a sheet of paper.  Since 2004, they’ve reduced usage of letter paper from 2,600 cases to only 800, and they’re still aiming to use less.

If saving money, time, and trees isn’t exciting enough for you, how about catching a mail thief?

In early 2008, Metro found out that a couple of vendor sites were not receiving their weekly and monthly passes.  So Office Services and the Transit Passenger Revenue departments contacted the United States Postal Service-Office of Inspector General (USPS-OIG).  Foul play was suspected, so they worked together to track down the thief.  In August 2008, the thief, a postal truck driver, was caught in the act, throwing envelopes against the wall to break them open.

This year, USPS-OIG presented Metro’s Transit Passenger Revenue Department with an award for assisting them with the investigation.  And the envelopes the passes are shipped in?  They are now made from a stronger polyester blend and reinforced with packing tape. 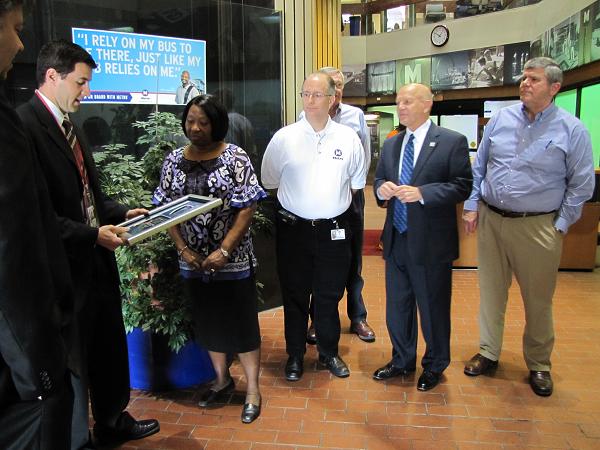 Printing and office services may not seem like they affect riders, but one department’s effort to be more efficient may save a job in another.

Has your department or company made changes that meant big savings?  Do you have interesting ways to recognize these efforts and employees? Let us know.