OK, it’s summer 2010.  Oil continues to spill into the Gulf of Mexico, and we still spend billions of dollars to feed our ever-increasing appetite for petroleum, all while pumping millions of pounds of carbon emissions into the atmosphere.  Isn’t it about time we embraced some alternatives?  It’s time to get on a bike, a train, or a bus, St. Louis! 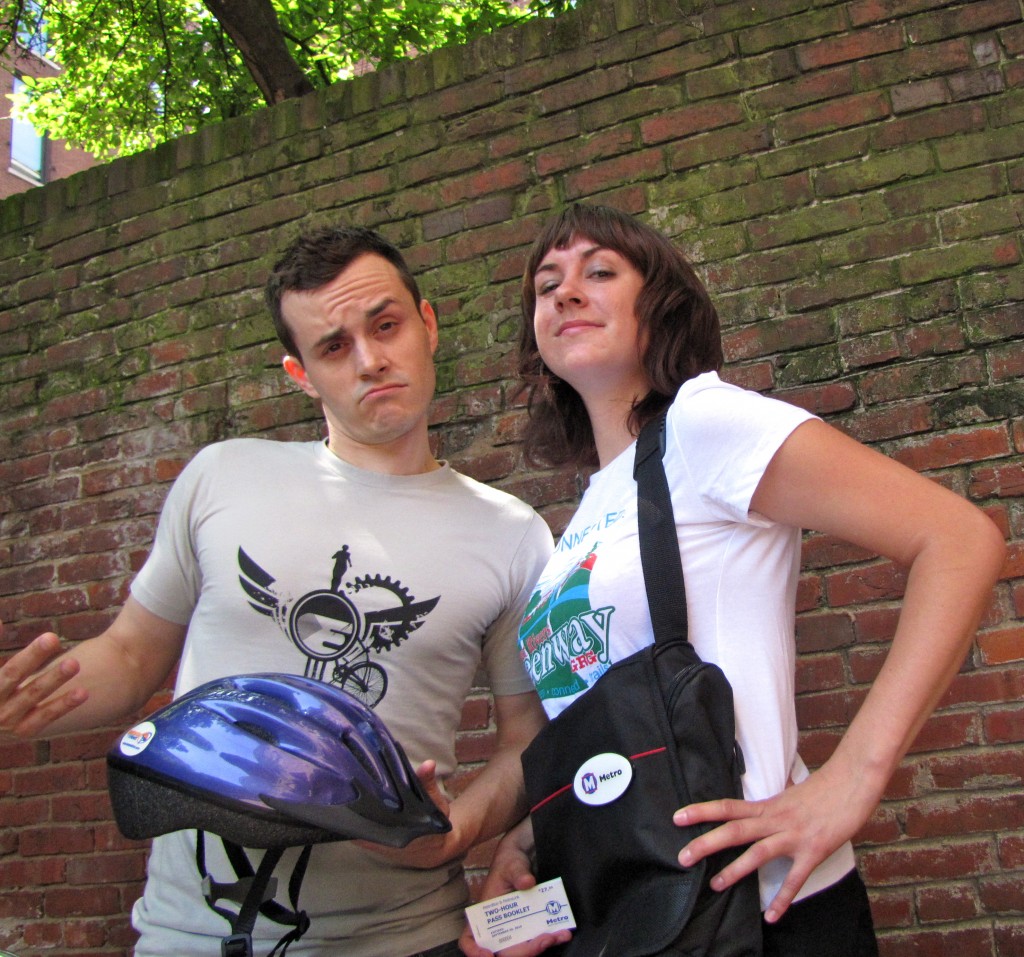 Courtney and Arch Observer's Jim Barnthouse with t-shirts and gear from Trailnet, Great Rivers Greenway, and Metro. Who needs cars with faces like these?

Thursday, June 17, is National Dump the Pump Day.  Sponsored by the American Public Transit Association (APTA), Dump the Pump Day is designed to focus on conserving fuel, reducing the environmental impact of everyday commuting, and reducing America’s dependence on foreign oil by finding alternatives to the use of personal vehicles.

Walk. Bike. Take transit. It’s a great time to get out of your car and explore your neighborhood, try transit, or bike to work.  Did you know bike commuters lose an average of 12 lbs during their first year of bike commuting?  Or that public transit users walk an average extra 20 minutes a day over auto commuters?  All over the country, transit and bike commuting is increasing as people realize the benefits of staying away from traffic.

To encourage St. Louis area commuters to Dump the Pump, Metro, together with community partners Citizens for Modern Transit, Trailnet and Great Rivers Greenway have donated some awesome gear to encourage you to walk, bike, or take transit, including:

Entries will be accepted through Monday, June 28.  Prizes will be awarded July 6. Click here to register to win some of the awesome gear from local organizations promoting alternative transportation (as shown by myself and Arch Observer Jim Barnthouse). 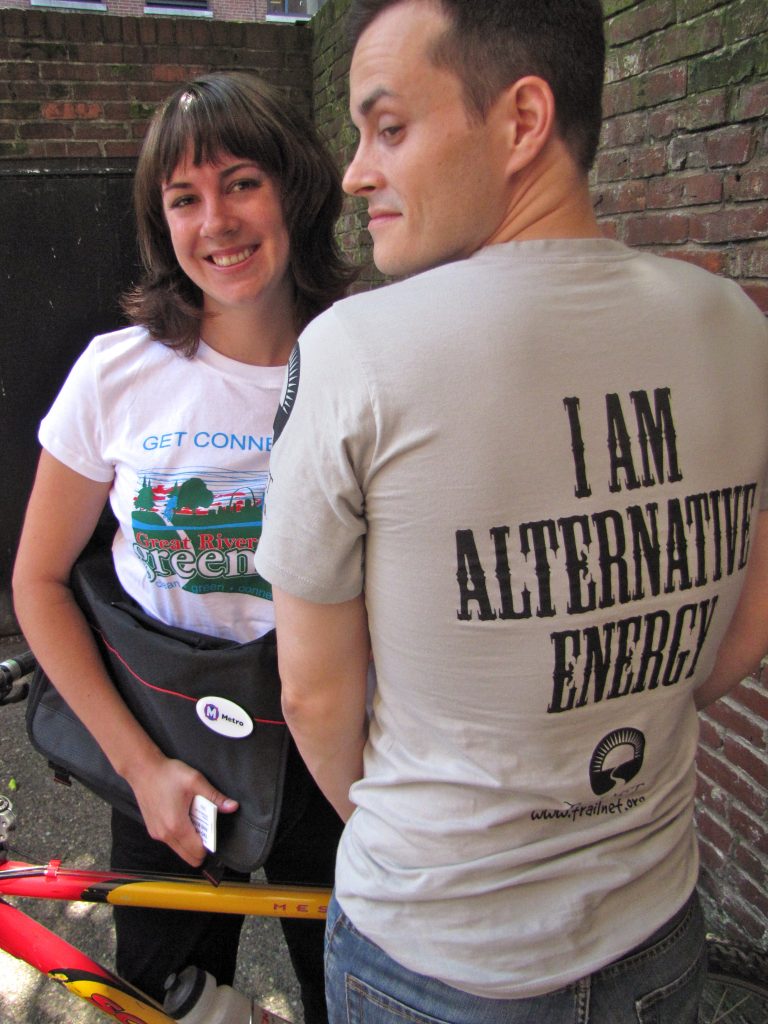 Commuters choosing public transit on June 17 may also be greeted and thanked personally by members of Metro’s leadership team, employee volunteers, and even cheerleaders from North East Middle School in St. Louis.  Because you deserve some recognition and thanks for dumping the gas pump.

Need more reasons to convince people to give up some gas?  According to the APTA:

June 17: National Dump the Pump Day.  Step away from the car, and spend the day being the alternative.