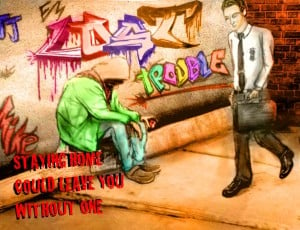 You don’t need a Ph.D to know that staying in school is an important message to instill in our youth. Metro Transit is proud to support and promote the St. Clair County Juvenile Justice Truancy Sub-Committee in its campaign to keep students in school.

Earlier this year, middle/junior high and high school students in St. Clair County were asked to create and submit posters that promote staying in school and getting an education. 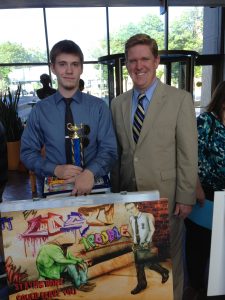 Winners were chosen based on the poster’s originality, message and creativity.

“Our hope is to continue to work with members of the community and kids likes these artists, to promote the cause and decrease truancy in an area where truancy is very, very high,” said St Clair County State’s Attorney Brendan Kelly. “This is beautiful artwork and we hope it gets the message across.” 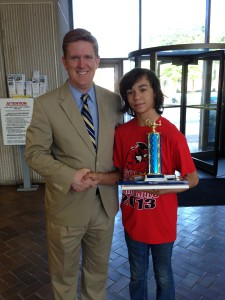 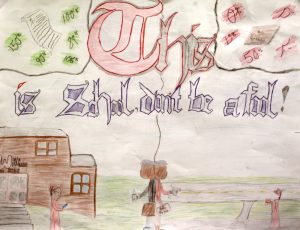 Designed by Vergal Williams, a student at Mason-Clark Middle School

“This cause is really important to Metro Transit because we too care about whether or not young people are staying in school,” pointed out Metro Transit’s Interim Director of Marketing and Communications Dianne Williams. “Frankly, the second most reported transit use is to get to school. We know that when you are going to school you are increasing your earning power, and you’re going to make lives better for your family and community. We want you to be able to do that and these artists have given us a great way to encourage people to stay in school.”

Congratulations to all the winners.