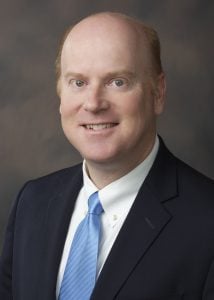 Do you know who owns and operates the third busiest airport in Illinois? We do. What about the trams to the top of the Gateway Arch? That’s us, too. Bi-State Development Agency has operated the trams since they went into service in 1967. How about the only two riverboats on the St. Louis riverfront? Us again!

In addition to owning and operating St. Louis Downtown Airport and operating the Arch trams, we are best known for running the Metro public transit system in the St. Louis region. But, that’s not all we do. You would be surprised at all of the non-transit challenges we have accomplished over the past six decades.

If you’re curious and want to learn more about the Bi-State Development Agency, you can watch a couple of recent interviews our President and CEO John Nations did with KTRS radio and “Conversation With Lee Presser,” a half hour television program.

In addition to highlighting the history of the agency, Nations talks about where our funding comes from and how those funds are distributed across the region.  He also shares how ridership in the region has increased and how public transportation is becoming more of a priority, especially among millennials and entrepreneurs.

If you still have questions about our agency after you watch these interviews, let us know in the comments section below and we will be happy to answer them for you.