Metro Landing of Swansea at the Swansea MetroLink Station 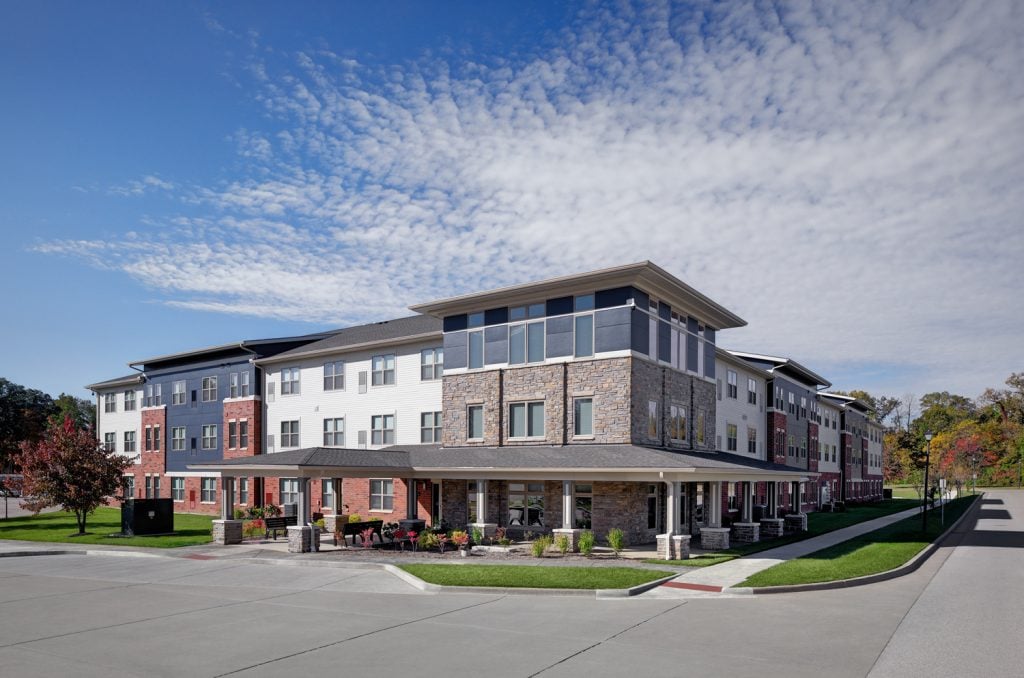 Residents enjoy car-free transportation options via MetroLink and MetroBus to conveniently access restaurants, retail, entertainment venues, recreational locations, employment centers, and medical facilities throughout the bi-state region. The Swansea Station is also located on the popular MetroBikeLink trail, so residents have the added bonus of being able to utilize the trail for exercise and recreation.

Soon after its grand opening, the Metro Landing of Swansea received the 2019 Wyvetter H. Younge Award at the Illinois Governor’s Conference on Affordable Housing, co-hosted by IHC and IHDA. The Wyvetter H. Younge Award  is presented annually to outstanding affordable housing developments or initiatives in a metropolitan area of Illinois outside of metropolitan Chicago. This TOD recieved a top score in that category, which seeks to honor developments and initiatives that improve the quality of life for residents and the health of the overall community.

Soon after receiving the 2019 Wyvetter H. Younge Award, the Metro Landing of Swansea also received the Citizens for Modern Transit’s 2020 New Initiatives Award, honoring its exemplary commitment to championing transit in the St. Louis area and recognizing the project as an example of quality transit-oriented development (TOD), the first in the Metro East region.

“Transit-oriented development drives economic growth. Since 2011, we’ve seen more than $8.3 billion in commercial development completed, under construction or reasonably committed within a half-mile of our 38 MetroLink stations,” said John Langa, Vice President of Economic Development at Bi-State Development. “For the community, projects like Metro Landing of Swansea are an investment in the local economy.”