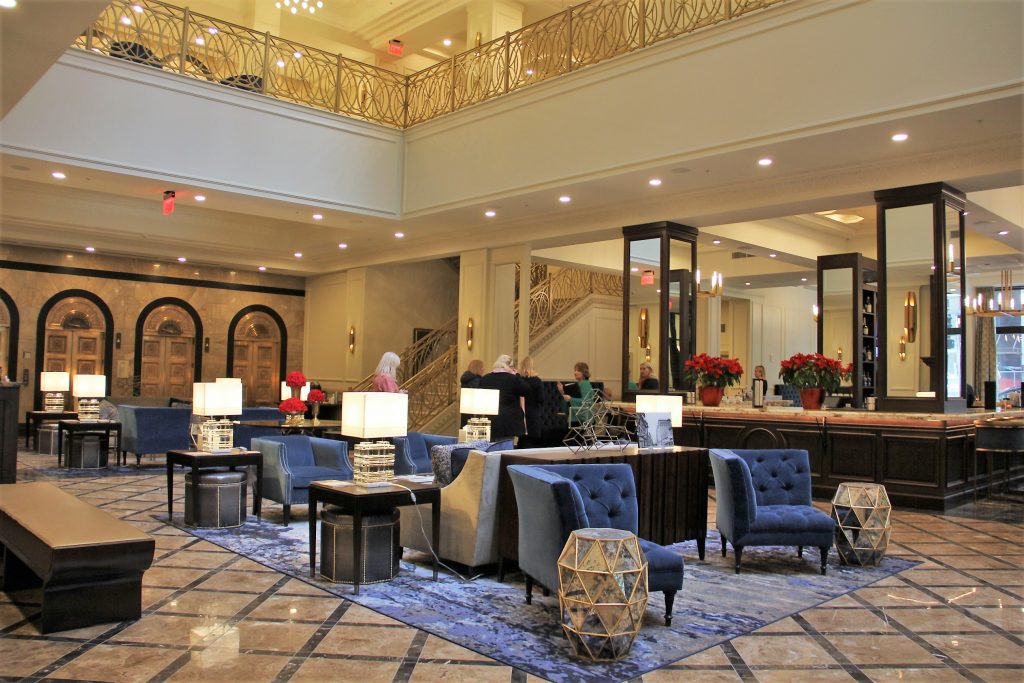 If you walk one block north and one block east of the 8th & Pine MetroLink Station, you’ll come across the Union Trust building at 705 Olive Street, a historic architectural jewel that has found new life as downtown St. Louis’ newest hotel – Hotel Saint Louis.

From the 16-story wrought-iron staircase and arched windows to the elaborate terra cotta trim, cornice, cast-iron embellishments and balustrade panels, the $68 million renovation by Restoration St. Louis not only pays homage to world-renowned architect Louis Sullivan, but is a tribute to the city’s vibrant historical and cultural breadth.

The building, which dates back to 1893, operates under the Autograph Collection Hotels by Marriott flag — the first in St. Louis – and features 140 guest rooms including 52 suites, 14 luxury apartments, a three-bedroom top-floor penthouse, spa, rooftop pool and bar, among other compelling and one-of-a-kind amenities.

The renovation has resulted in stunning interiors that bring new life to the building. Restoration St. Louis made a concerted effort to stay as true to the original Sullivan design as possible throughout the two-year project. Except for some alterations in 1924, the exterior of the building is in its original form.

The street-level restaurant’s moniker, Union 30, is a reference to the building’s original name, its order of listing as a City Landmark, and the fact that there are only 30 Sullivan buildings left in existence. The restaurant opens into the hotel lobby, which includes the recreation of the original atrium, a new stained glass skylight and an intricate marble floor.

“Hotel Saint Louis is located in a well-connected part of town, given the nearby MetroLink stations, pedestrian and bike lanes and ample street and garage parking. It’s a win-win for anyone wanting to come downtown.” – Amy Gill, co-owner of Restoration St. Louis

“We exist to improve the communities we operate in by redeveloping neglected neighborhoods and making them great places to live, work and play,” Amy Gill said. “Hotel Saint Louis is located in a well-connected part of town, given the nearby MetroLink stations, pedestrian and bike lanes and ample street and garage parking. It’s a win-win for anyone wanting to come downtown.”

Hotel Saint Louis comes alongside several other redevelopment projects along Olive Street, including the Railway Exchange building to the east, Hotel Indigo at Olive and Broadway, and the Chemical Building to the west. As more developments begin to take shape downtown, pedestrians, including hotel visitors and transit riders, benefit from more vitality, safety, and access to ground-floor services.

“We bring iconic buildings back to life in a way that will be distinctive and vibrant for another 100 years,” Amy Gill added.