Passengers like Nick depend on Metro Transit to get to work, school and other important destinations. We hope you enjoy his story, and we’re interested in your transit story too. Email mrhibbard@bistatedev.org, and we may share your story in a future “Passenger Profile.” 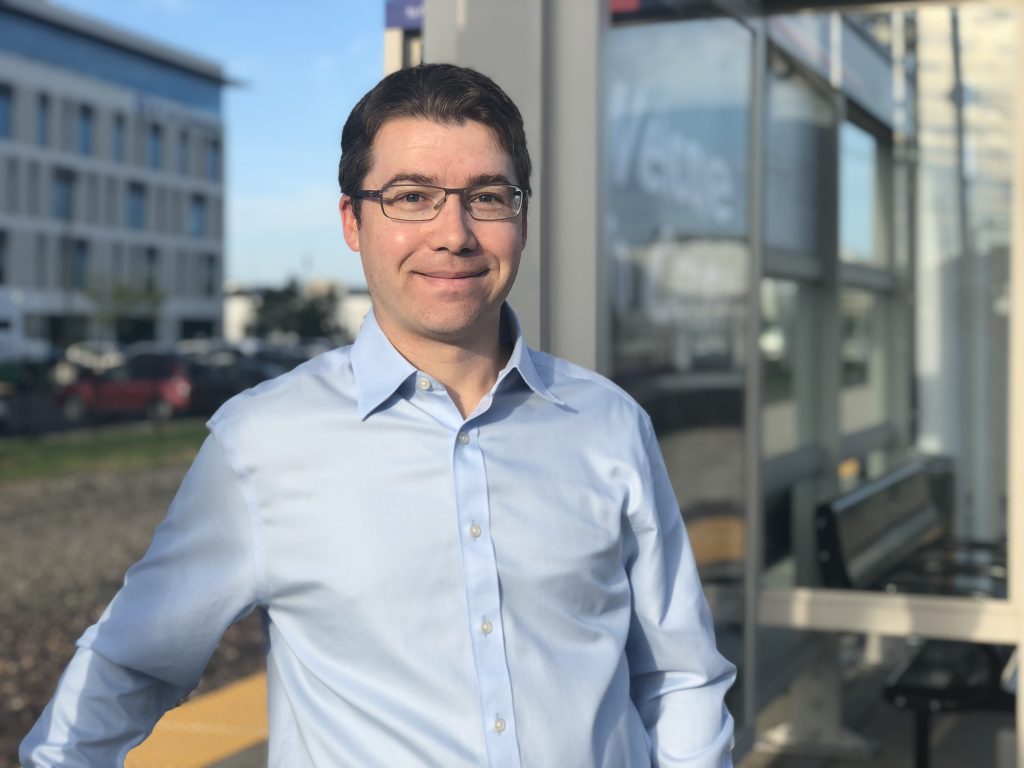 Nick doesn’t have a gym membership, and he doesn’t typically have a lot of time in his busy day to fit in a workout. Instead, he’s got Metro, and Nick is able to take advantage of one of the unique benefits of being a transit rider.

When Nick’s commute starts each morning, so too does his exercise routine. He hops on his bike in the Central West End neighborhood and rides to the new Cortex MetroLink Station. From there, he boards a Blue Line train to Clayton, where he gets off the train and hops back on his bike to head to work.

“This is how I get my exercise,” he said. “It’s an efficient way of getting exercise and building that into my day.”

“Having a good public transportation system supports a strong urban environment and creates walkable, car-optional neighborhoods,” he said. “It’s good for the environment and it’s cost-effective.”

If you’re new to Metro Transit or haven’t been with us lately, Nick recommends giving it a try.

“It’s important to recognize that it’s possible to get around St. Louis without a car,” he said.