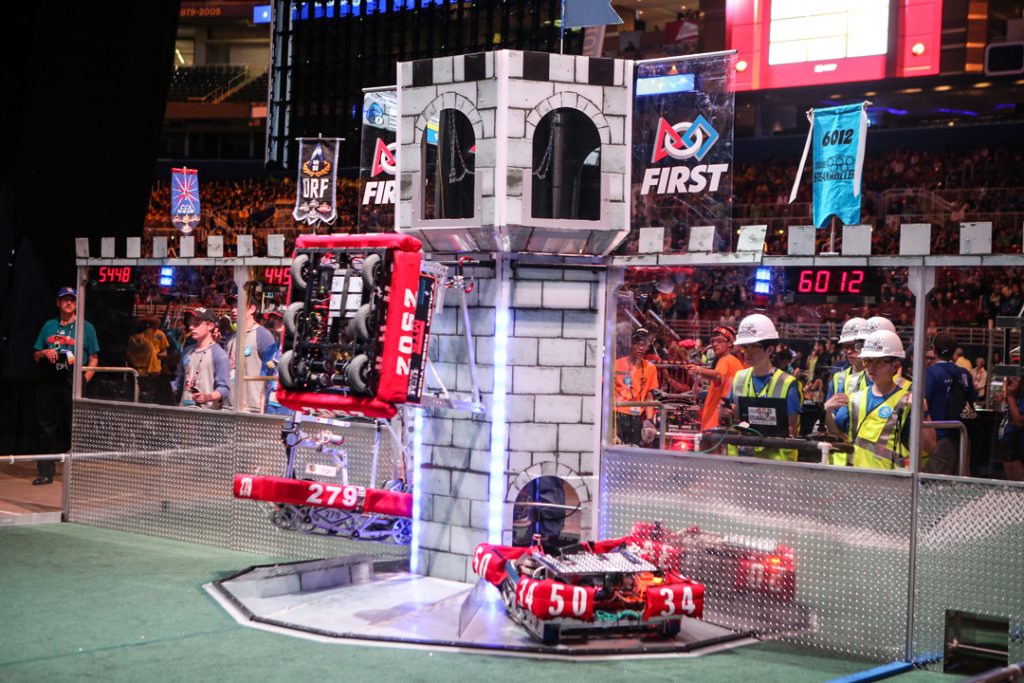 The FIRST Robotics Championship returns to St. Louis this week, and Metro is your best way to get to all of the action. The annual competition kicks off Wednesday (April 26) through Saturday, April 29, and is free to the public.

The FIRST Championship takes place at multiple venues throughout downtown St. Louis – including the America’s Center, Marriott Grand Hotel and St. Louis Union Station – and Metro is a great option for robotics fans traveling to the events.

You can use one of the 21 free Park-Ride lots located at MetroLink stations in both Missouri and Illinois, and take the train to the the Union Station or Convention Center Station (near America’s Center and the Marriott Grand Hotel). MetroBus is also a great option for getting around downtown St. Louis on the #99 Downtown Trolley, which serves stops near all of the venues.

If you’re headed to all of the robotics action, be sure to check out the 2016 Robotics Championship MetroPass. The special MetroPass is valid for unlimited rides on MetroLink, MetroBus and the #99 Downtown Trolley from April 23 through April 30. It’s perfect for getting to and from the championship, and also for exploring all of the attractions and sites-to-see that St. Louis has to offer.

To plan your trip, download the Metro On The Go App or use Trip Planner online.

1 thought on “Ride Metro to the FIRST Robotics Championship”