Wi-Fi on Trains and Buses?

By Matt Watkins
Return to Blog 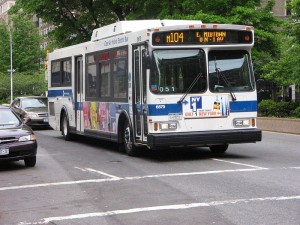 I ride the MetroLink every day to work and I often end up not having much to do on the ride. Sometimes I read, call friends, or talk to people on the train. Now I’ve heard that New York’s Metropolitan Transportation Authority is considering putting Wi-Fi on light rail trains. I’ve got a Wi-Fi-enabled phone, so I love the idea. Internet in transit vehicles isn’t a unique idea. Right next door to Metro, Madison County Transit has implemented a Wi-Fi system on express buses. The MCT internet system is free to use for people over 18, and the agency has plans to expand in the future. Wireless internet on trains could let commuters check emails on the way to work. After work, you could use it to find fun places to visit around the city, perhaps using Google Transit. New York Senator Chuck Schumer supports the idea, calling for the MTA to hurry up with installation plans. What do you think about Wi-Fi on trains and buses?

View all posts by Matt Watkins

5 thoughts on “Wi-Fi on Trains and Buses?”