The west entrance of the Central West End MetroLink Station, located on Euclid Avenue, will be temporarily closed on Monday, November 16, and Tuesday, November 17, due to construction work at the station. During this period, transit riders will need to use the east entrance of the Central West End Station when entering or leaving the platform, and should allow extra time for their commutes.

Transit riders traveling between the Central West End MetroLink Station and locations on Euclid Avenue will need to use Childrens Place and the east walkway to the MetroLink platform on Monday and Tuesday. An accessible, wheelchair-lift equipped Metro shuttle van will also be available to help Metro passengers travel between Euclid and the MetroLink station.​​ 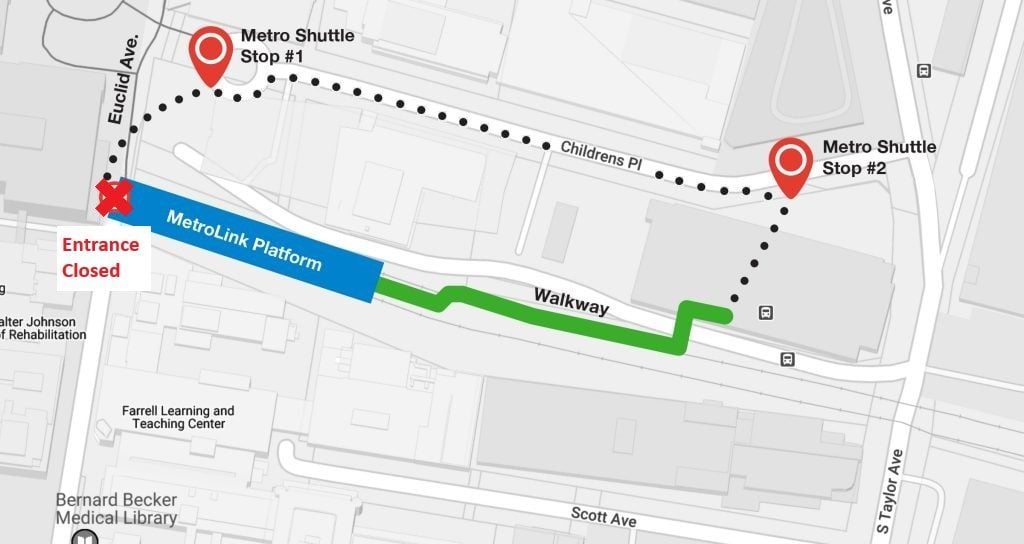