The west entrance to the Central West End MetroLink Station on Euclid Avenue will be temporarily closed from 8 p.m. on Friday, August 13, through the beginning of service on Monday, August 16. The elevator and staircase located on the west end of the Central West End Station platform will be unavailable during this period. This temporary closure is necessary to allow for construction and repair work on the station’s platform.

MetroLink riders will be able to enter and exit the Central West End Station platform from an accessible walkway, located at the east end of the platform. A shuttle van will be available to help transport passengers who need assistance traveling to or from destinations on Euclid Avenue. The shuttle will operate between a stop near Euclid and Children’s Place, and a stop near Children’s Place and Taylor Avenue.  Signs will be in place at the station to help customers access the shuttle. 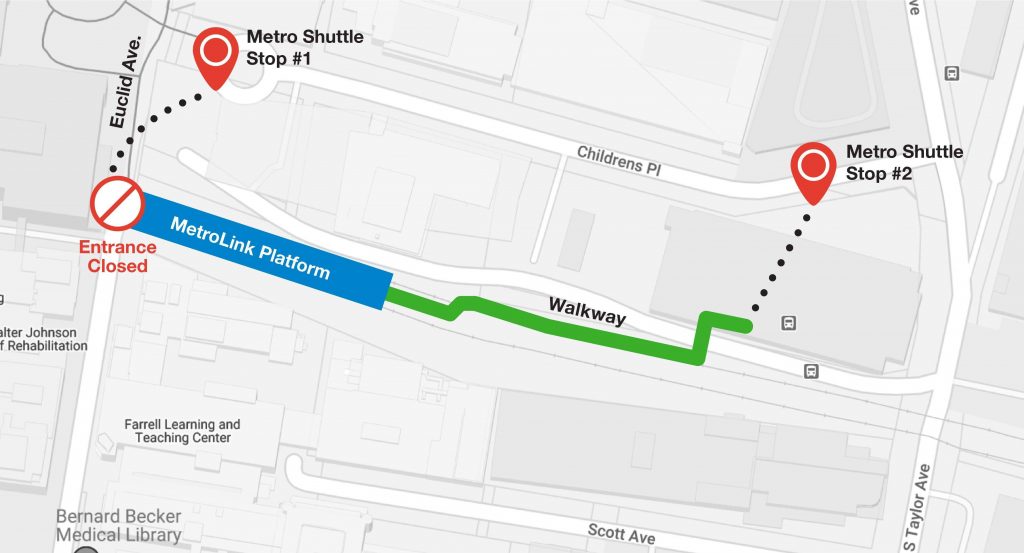 MetroLink will also operate on a single track at the Central West End Station, from 8 p.m. on Friday, August 13, through the beginning of service on Monday, August 16, to accommodate the platform repair work. During this period, Blue Line MetroLink trains will only operate between the Shrewsbury-Lansdowne I-44 and Forest Park-DeBaliviere MetroLink Stations.