A streetcar turns south on Laurel Street from Delmar in front of the Pageant movie theater in the 1960s. The Pageant was a venerable theater in St. Louis last century and was the first stadium style theater built in the region, according to cinematreasures.org. Joe Edwards took the name from the now-demolished theater in creating the wildly successful Pageant live music venue three blocks to the west of this site. 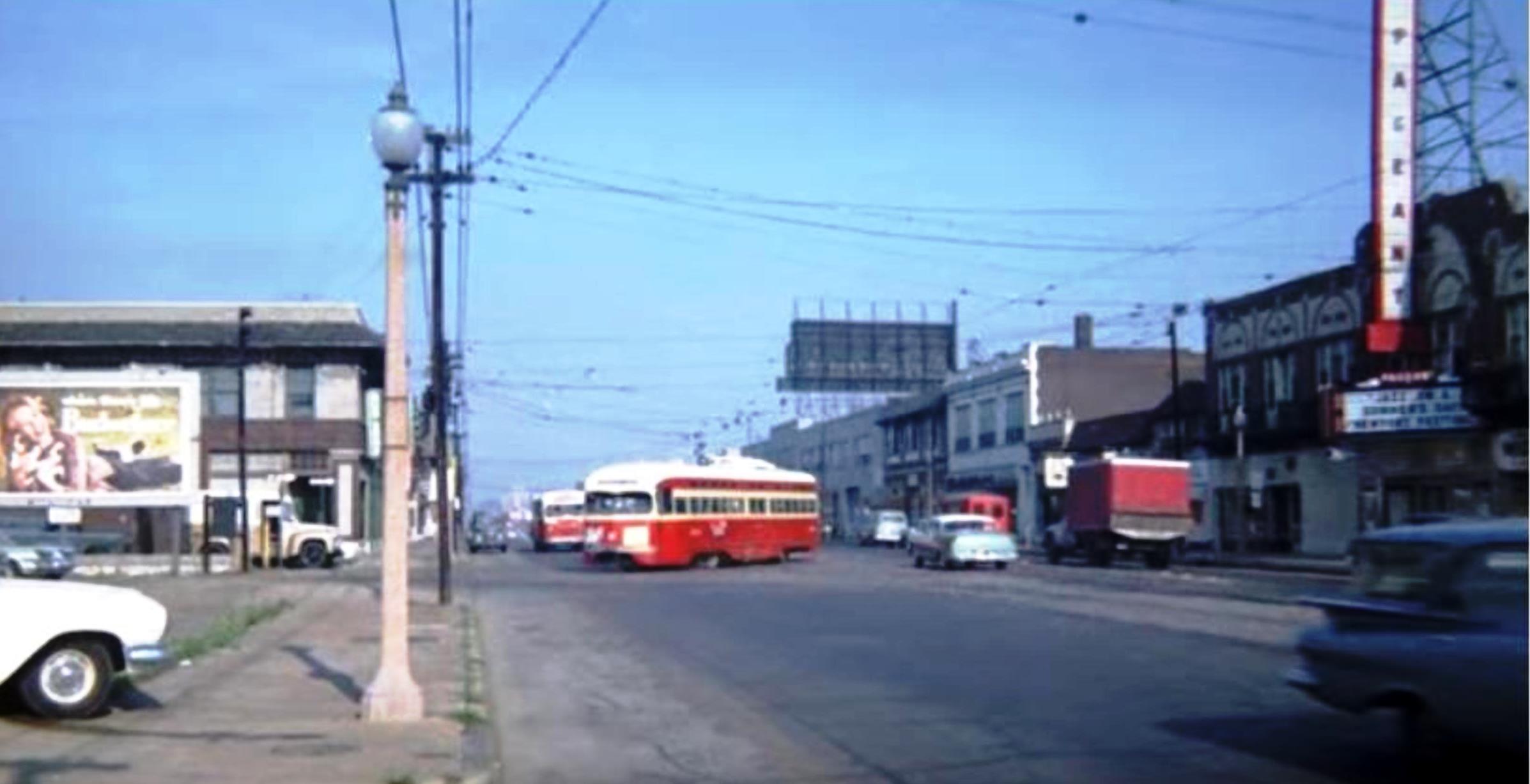