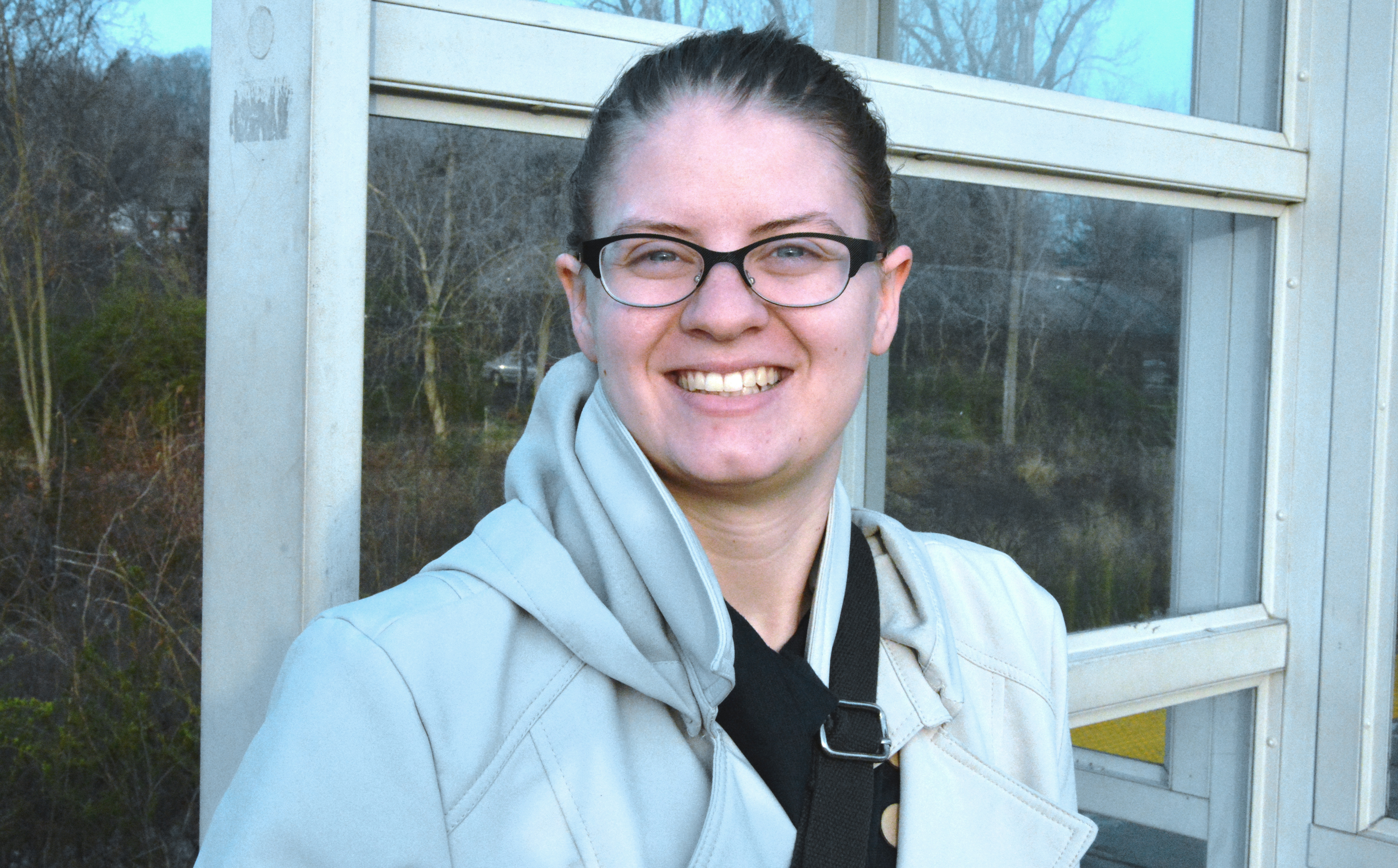 Passengers like Amanda depend on Metro transit to get to work, school and other important destinations. We hope you enjoy her story, and we’re interested in your transit story too. Email mrhibbard@bistatedev.org, and we may share your story in a future “Passenger Profile.

For Amanda, using public transportation is a family affair.

“I decided to commute on Metro because my dad commutes to Clayton and my mom also commutes to Central West End via the MetroLink,” she said. “We ride together a couple times a week.”

During the week, Amanda boards a MetroLink train at the Fairview Heights MetroLink Station and rides to the Central West End MetroLink Station to get to her job at Washington University. To pass the time, Amanda has a travel bag full of activities.

“When I am not in the tunnel between downtown St. Louis and Busch Stadium, I read Twitter or Reddit,” she said. “I also have a Kindle in my bag and a sketchbook.”

Using Metro was an easy decision for Amanda. Traffic makes her stressed and paying for parking — whether that’s near work or for a baseball game — is “simply ridiculous.”

In addition to her work commute, Amanda uses Metro to meet up with friends in downtown St. Louis or to pick up visitors flying in at St. Louis – Lambert International Airport.

In addition to the convenience and cost savings Metro provides Amanda, she also likes how her transit commute is environmentally friendly.

“When I use Metro, it gives me that ‘feel good’ feeling,” she said. “I sometimes like to look at all the people on the train and think, ‘Oh, these people could be in cars,’ but are not for one reason or another. I also like looking at the gridlock of cars crossing the Poplar Street Bridge and think, ‘there’s the traffic, bye bye.'”