Passengers like Christie depend on Metro transit to get to work, school and other important destinations. We hope you enjoy her story, and we’re interested in your transit story too. Email mrhibbard@bistatedev.org, and we may share your story in a future “Passenger Profile.” 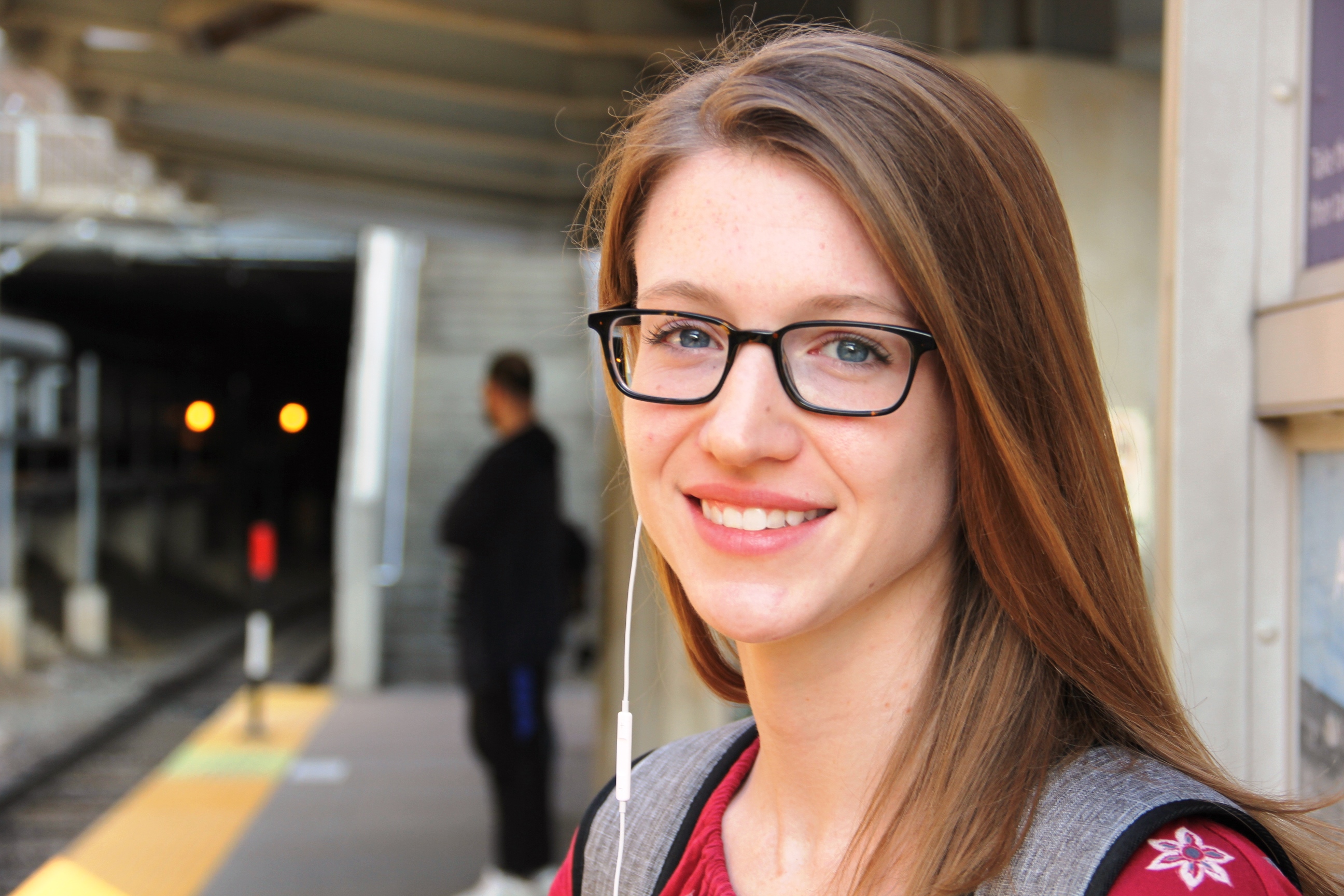 It’s been a little while since Christie last used Metro, but she’s ready to get back on board.

“I looked online last night and took a bus from Dogtown,” she said. “I found out after the fact that I should have gotten off on the other side of the station, so I missed the train by a minute. It’s not that big of a deal because I know there will be another train in 10 minutes. I’ll get it tomorrow.”

Christie is using Metro to get to an internship downtown. Her commute starts by boarding the #59 Dogtown from her home and riding the bus to the Central West End MetroLink Station. From there, she rides the train to the 8th & Pine MetroLink Station in downtown St. Louis, and then it’s a short walk to her internship at a planning consulting firm.

“I work in the planning field and so I feel like promoting sustainability is a good thing,” Christie said. “And, it’s not that much more expensive than paying for a surface parking lot downtown, and I don’t have to worry about my car being broken into or driving in the morning.”

For those looking to get back into the transit game, Christie recommends a few tips. For starters, plan early.

“The first time you’re taking it, try and get the earlier bus or train so that you have time for transfers,” she said. “Also, look it up online.”

In addition to an internship, Christie is also starting a master’s program at Saint Louis University. Will studying take up her time when she’s riding Metro? Probably not.

“Ideally, I’d say I’d do homework, but I highly doubt it,” she said.