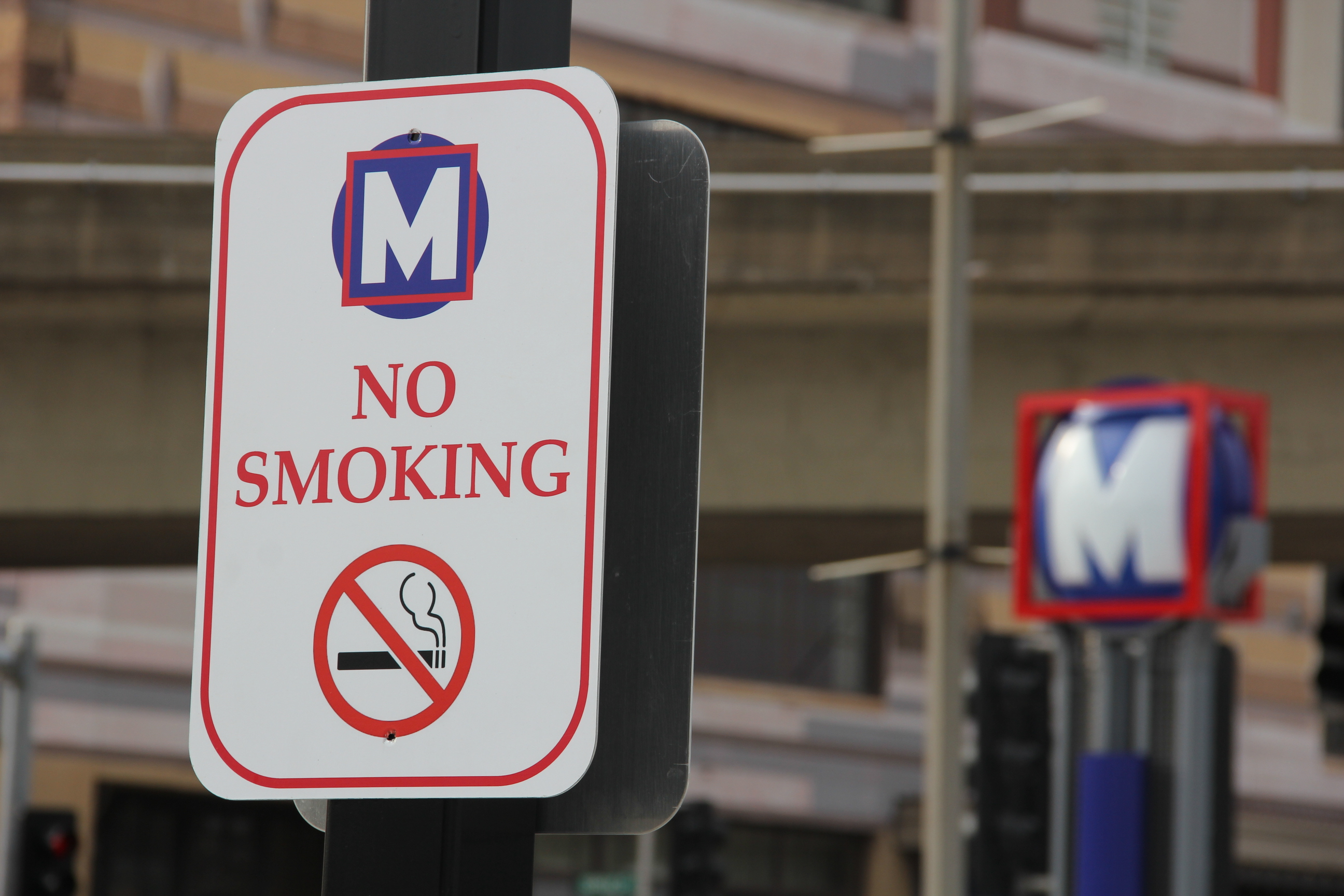 All Metro properties in Missouri and Illinois became entirely smoke-free on Tuesday, September 5.

While smoking is not currently permitted on Metro vehicles or on MetroLink station platforms, smoking of any kind, including the use of e-cigarettes, is prohibited at all Metro transit center locations, including:

“We are creating a healthier environment for the transit riding public,” said Ray Friem, Executive Director of Metro Transit. “We encourage feedback from our Metro riders and they are telling us they want a smoke-free transit experience. When MetroBus service returned to the Civic Center Transit Center earlier this month, it officially became the first smoke-free Metro transit center location. In the past year and a half, we have been able to incorporate other customer-requested features like restrooms and indoor waiting areas into transit projects. We are listening to our riders and making changes as we can.”

Research shows that smoking can contribute to a wide variety of diseases and debilitating conditions, including cancer, heart disease, lung disease, stroke, diabetes, chronic obstructive pulmonary disease, tuberculosis, eye disease and autoimmune conditions like rheumatoid arthritis. In addition, exposure to secondhand smoke has been shown to increase the risk of developing lung cancer or heart disease in non-smokers by 20 to 30 percent.

“It’s a startling fact, tobacco use and exposure to secondhand smoke kills almost half-a-million Americans every year. It’s the leading cause of preventable death in the country,” said Angie Wiseman, Executive Director of the American Lung Association in Missouri. “We applaud Metro for going smoke-free. This effort will make a dramatic impact to the health and well-being of the entire St. Louis region.”

To help those interested in pursuing a smoke-free lifestyle, Metro and the American Lung Association have partnered to provide smoking cessation resources and information to Metro passengers.

Ambassadors from Metro and the American Lung Association will be at the Civic Center Transit Center in downtown St. Louis from 6 a.m. to 9 a.m. and from 3 p.m. to 6 p.m. on September 5. They will be handing out materials so riders know about the new smoking ban and what resources are available to help them quit smoking and to transition to a nicotine-free lifestyle.