Passengers like Louise depend on Metro Transit to get to work, school and other important destinations. We hope you enjoy her story, and we’re interested in your transit story too. Email mrhibbard@bistatedev.org, and we may share your story in a future “Passenger Profile.” 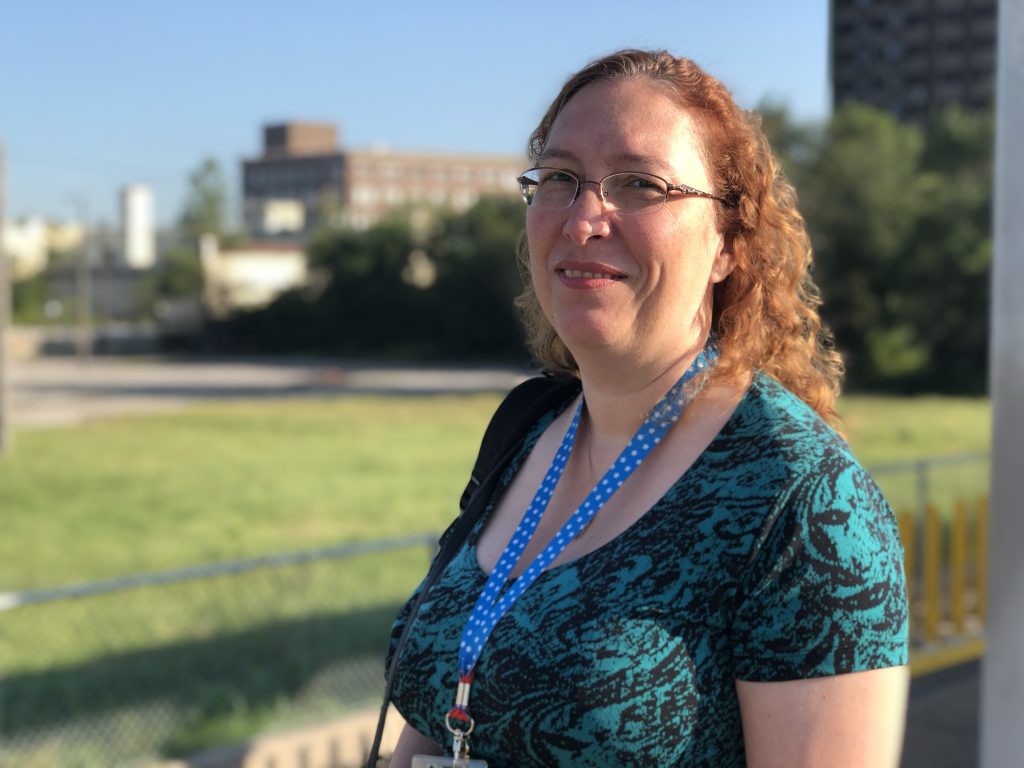 For some people, Metro Transit is their primary mode of transportation. For others, Metro is just one part of their overall travel strategy. That group includes Louise.

Twice a week, Louise chooses MetroLink to cross over the Mississippi River to get to her job into downtown St. Louis.

While there are a lot of reasons Louise chooses Metro Transit, a few benefits stand out. First, the ease of use.

“It’s convenient,” she said. “It’s quicker to get to work than if I drove.”

Second, but just as important, is the reliability.

“Metro is more consistent,” she said. “If you take the bridge and you hit bad weather, than you’re delayed. It’s always the same commute with Metro, and most of the time, it’s quicker.”

With bridge construction added to the mix, Louise’s MetroLink commute is making it even faster and more convenient for her to get to downtown St. Louis, whether it’s to head to work, or go to a Cardinals or Blues game.