Passengers like Rebecca depend on Metro transit to get to work, school and other important destinations. We hope you enjoy her story, and we’re interested in your transit story too. Email mrhibbard@bistatedev.org, and we may share your story in a future “Passenger Profile.” 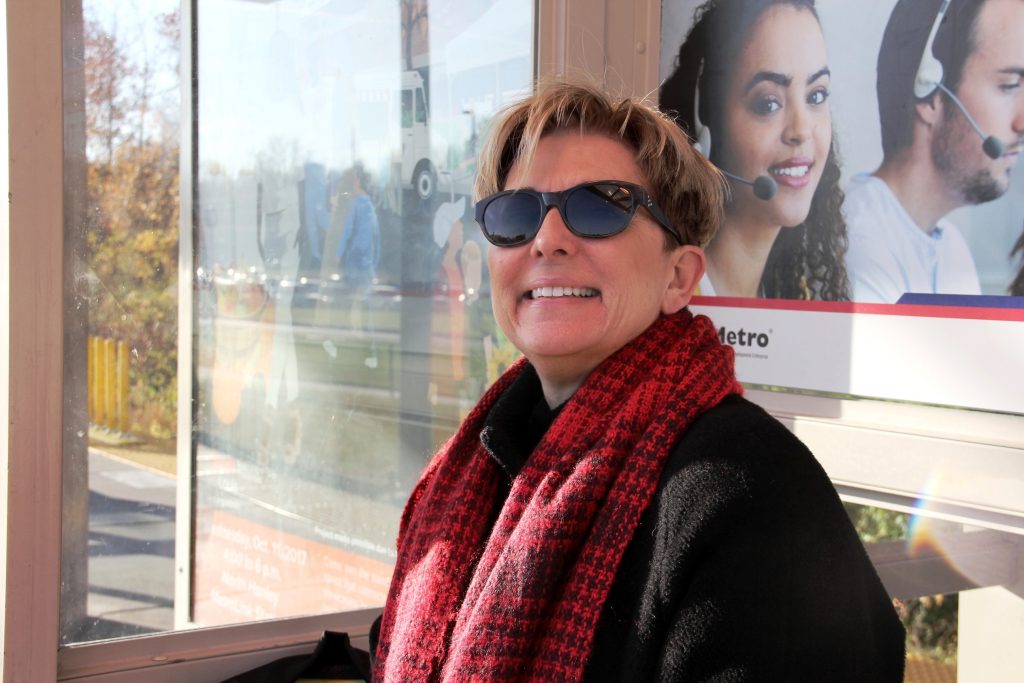 Rebecca uses the MetroLink light rail system to maximize her productivity during the work week.

She chooses Metro for a few reasons that are common to a lot of Metro passengers.

“I don’t like the drive over the bridge,” she said. “I also don’t like traffic, and it saves me money.”

But, Rebecca also chooses the train to get a head start on her day as well.

“I’ve learned to work on the train,” she said. “I’ve already started working when I get on the train in the morning.”

Rebecca also uses MetroLink to get to and from the other campuses of Washington University.

“I need to travel between campuses often, so I use MetroLink to get to my office, the medical campus in the Central West End or to the north campus near the Delmar Loop MetroLink Station,” she said. “We use the trains a lot just to go between campuses during the workday.”