Passengers like Christon depend on Metro transit to get to work, school and other important destinations. We hope you enjoy his story, and we’re interested in your transit story too. Email mrhibbard@bistatedev.org, and we may share your story in a future “Passenger Profile.” 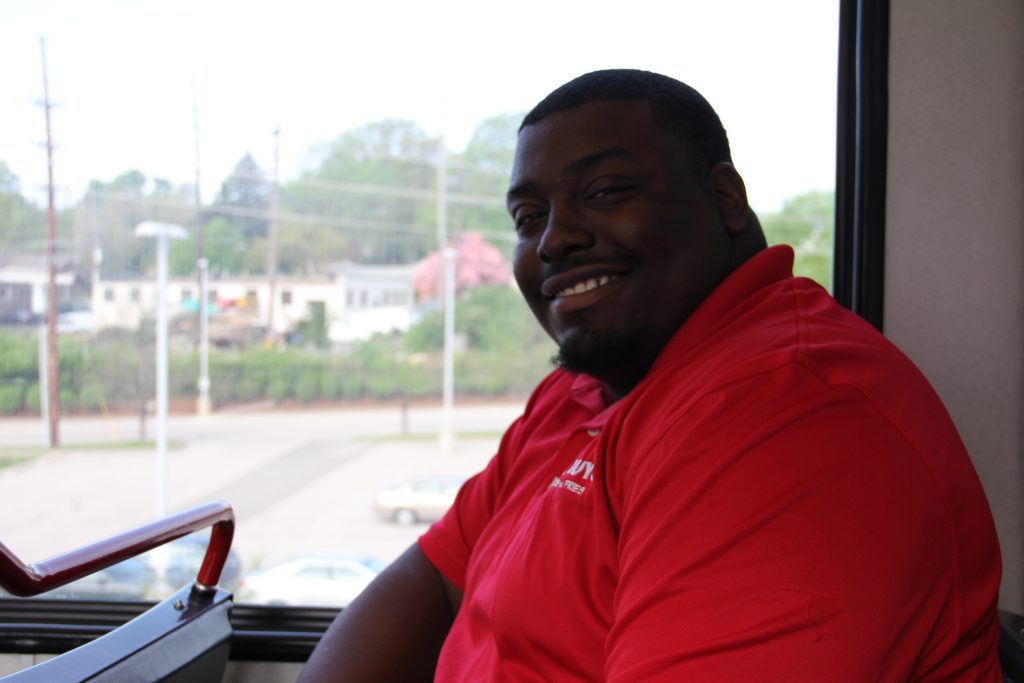 Christon started riding Metro when he was 16 years old, and he hasn’t stopped since.

These days, Christon relies on Metro primarily to get to and from work each day. To do that, he boards the #30 Soulard from his home and rides the bus to the Shrewsbury-Lansdowne I-44 MetroLink Station. From there, it’s a short train ride to the Richmond Heights MetroLink Station.

“I can get from Point A to Point B easily with Metro,” Christon said. “I can get where I need to go without paying a lot of money for a cab.”

Christon added that using Metro is a safer and cheaper alternative to driving. And, while getting to work is his top transit priority, it’s not the only reason he rides Metro.

“If I go to a Cardinals game, I take MetroLink so I don’t have to deal with traffic,” he said. “If I want to get closer to certain sporting events or festivals, or if I want to go to the St. Louis Zoo, I’ll take Metro.”

For new transit users, Christon recommends they learn the main streets around their neighborhood.

“If you know your main streets, you can take Metro anywhere, no matter if you take the train or bus,” he said. “It will make your commute so much easier.”