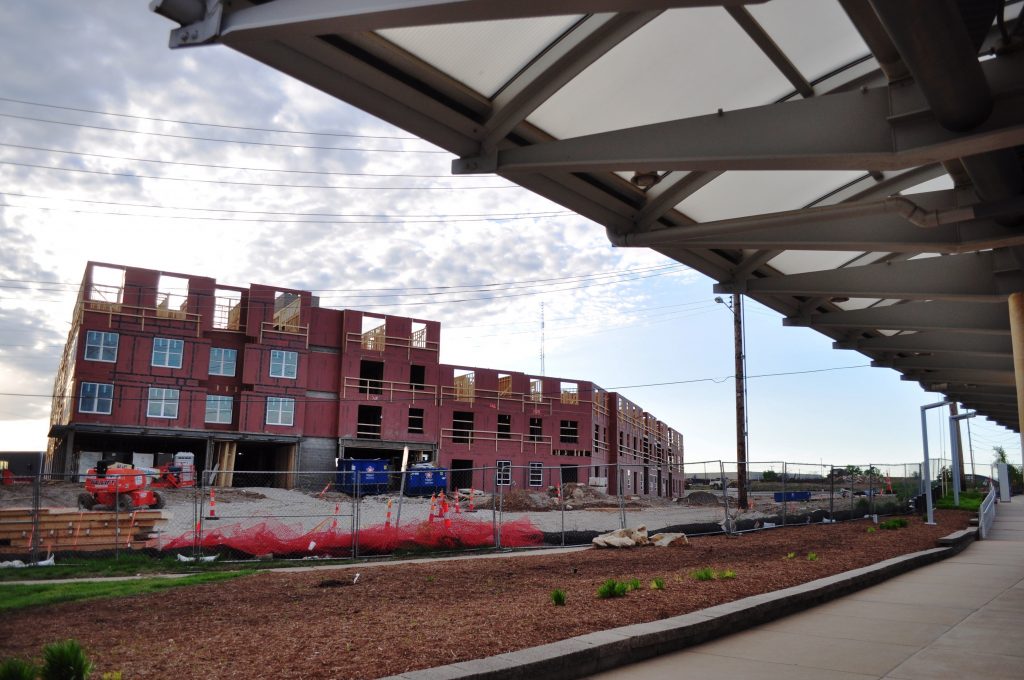 Projects in the cities of Maplewood and Brentwood are moving the needle on transit-oriented development at nearby MetroLink stations.

Recently, these areas have experienced significant growth with the revitalization of Maplewood’s downtown along Manchester Road, and a booming retail center in Brentwood. These projects, in combination with the economic development strategies of both cities, are attracting investment and helping create TOD areas around the Sunnen and Maplewood-Manchester MetroLink Stations.

In 2008, Sunnen Apartments LLC partnered with Cozad Commercial Real Estate to redevelop the city-owned property between South Hanley and the MetroLink tracks, with a total investment of about $100 million. Since then, several pieces of the development along South Hanley Road are complete, including a Maserati and Alfa Romeo dealership, a Porsche dealership, a Mini Cooper outlet and an Autohaus BMW dealership.

In addition to those developments, a new 174-unit apartment complex is currently under construction near the Sunnen MetroLink Station. The $31.5 million project will consist of four-stories and include a swimming pool, sun deck, barbeque patio, sport court and gated parking lot. Apartment units will rent for around $1,000 to $1,600 per month.

Bi-State Development is working with Frontenac Engineering and the city of Maplewood to develop pedestrian access from the apartments to the Sunnen station, as well as a new electrical substation. The project is expected to be completed in late November.

“The Sunnen apartments will bring young professionals to Maplewood while at the same time provide new and existing residents public transportation to major employment centers less than a half block from their homes.” – Marty Corcoran, Maplewood City Manager

“The Sunnen apartments will bring young professionals to Maplewood while at the same time provide new and existing residents public transportation to major employment centers less than a half block from their homes,” Corcoran said.

At the Maplewood-Manchester MetroLink Station in Brentwood, plans are being considered for a $17 million, six-story apartment building at the corner of Manchester and Hanley Roads from Garrison Development. The city is currently evaluating a request from the developer for public-private economic assistance.

Proposed for this development are 30 one-bedroom units, 42 two-bedroom units and 8 three-bedroom units. The apartments would rent for around $1,100 to $1,800 per month. Some of the amenities would include a covered parking facility, plaza area, dog park and new street lighting. Brentwood officials are requesting that a pedestrian bridge be considered on the north side as part of this development to facilitate crossing Manchester Road to Hanley Road. If funding is secured, construction could begin in September 2018.

Brentwood City Administrator Bola Akande said access to public transit and the ability to conveniently travel throughout the region are important benefits for the community.

“We are excited to offer our residents close proximity to the Maplewood MetroLink stop, which provides easy access to Clayton, the Central West End and Downtown, and all of the dining and entertainment options and places of work in those areas and beyond,” Akande said.

Both TOD projects in Maplewood and Brentwood will not only help create vibrant areas near MetroLink stations, but will also bring the community closer to transit, making it easier to access the entire St. Louis region.