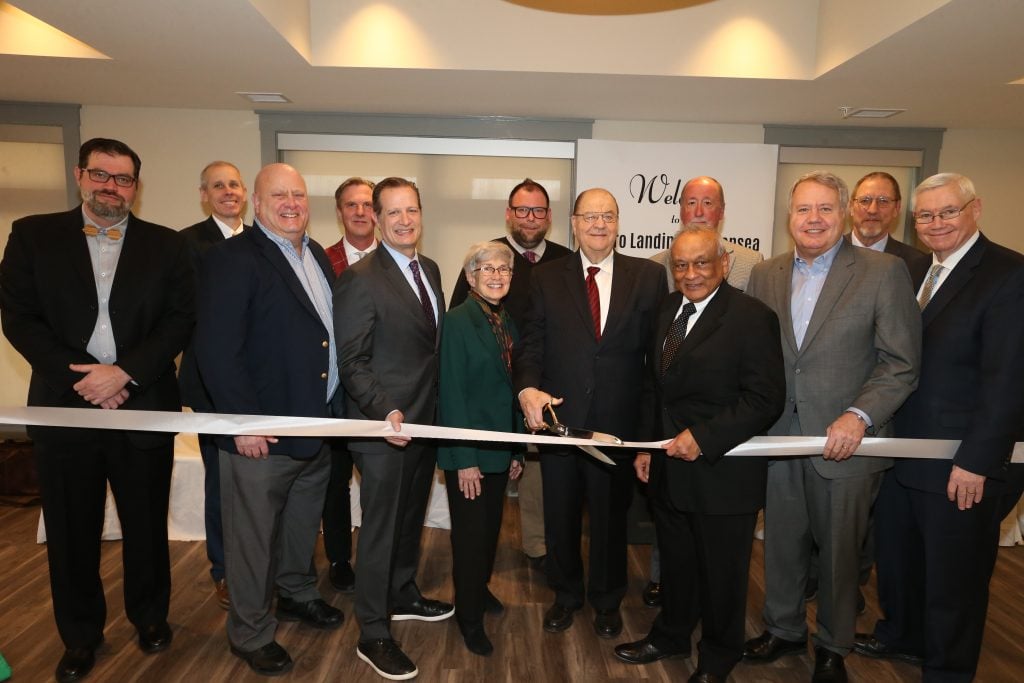 The $11 million, transit-oriented development (TOD) introduces senior apartment living adjacent to the Swansea MetroLink Station in Swansea, Ill., and has opened to strong demand. More than 40 of the 62 affordable one- and two-bedroom units have already been leased, and the property is on track to be fully occupied before the end of March.

Located next to the Swansea MetroLink Station, the three-story Metro Landing of Swansea caters to adults seeking an independent lifestyle at an affordable cost. Residents will have car-free transportation options via MetroLink and MetroBus to conveniently access restaurants, retail, entertainment venues, recreational locations, employment centers, and medical facilities throughout the bi-state region. The Swansea Station is also located on the popular MetroBikeLink trail, so residents have the added bonus of being able to utilize the trail for exercise and recreation. 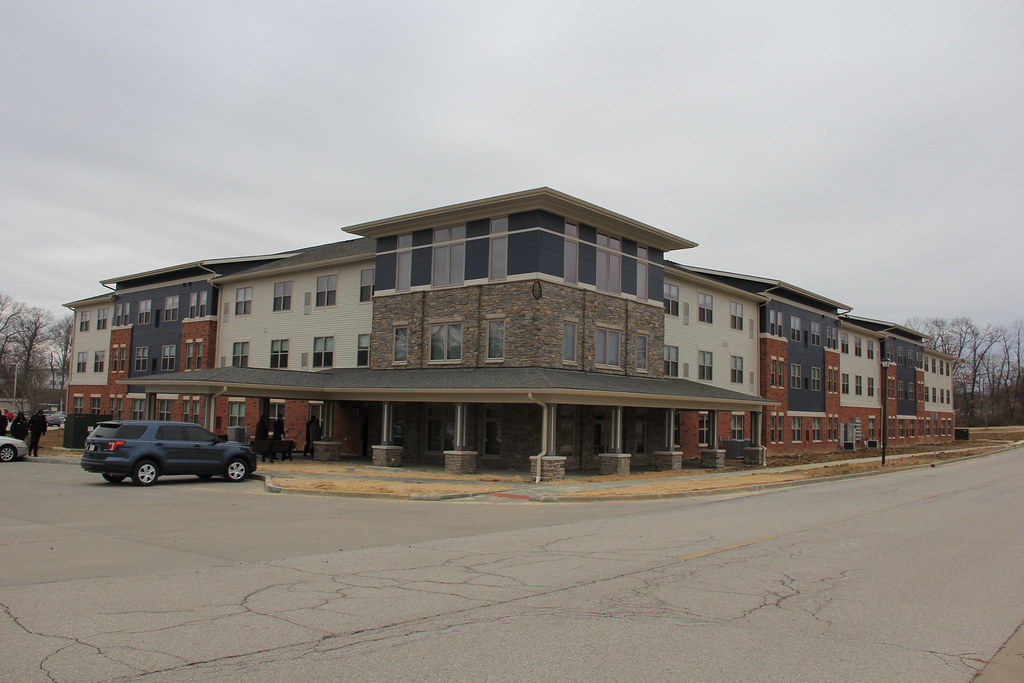 SWIDA and Bywater, which jointly developed the project, secured the majority of the financing from the Illinois Housing Development Authority (IHDA), with additional construction financing provided by PNC Bank. Support also came from the Illinois Department of Commerce and Economic Opportunity (DCEO) and Ameren, along with the St. Clair County Intergovernmental Grants Department. The Federal Transit Administration also played a pivotal role in the project, providing the necessary approval for Bi-State Development to sell the ground at the transit center to the developers for this project.

Speaking at the ribbon cutting, SWIDA Chairman James Nations commented, “This project exemplifies how public-private partnerships, coupled with broad community support, can yield significant community benefit. And, with the same focus on collaboration that made this development possible, SWIDA is committed to delivering similar projects, and their associated benefits, to other communities throughout our region.”

“This project is a perfect example of how we can work together to deliver smart transit-oriented development to the region,” said Taulby Roach, President and Chief Executive Officer of Bi-State Development. “We are ready to do more, and we are always looking for partners on that next development. Let’s continue to work together on projects like Metro Landing of Swansea, and find those new opportunities that can make a difference for the community, for the economy and for transit riders.”

Mike Lundy, Executive Director of SWIDA, said, “I couldn’t agree more that collaboration has been at the core of this project, and a driver of its success. We have all worked extremely hard to deliver a terrific development for the Village of Swansea, and we are thrilled to be opening to such strong demand.”

Swansea Mayor Mike Leopold also spoke at the event, highlighting the broader impact he expects the project to have. “While the facility has only recently been completed, it has already done exactly what we hoped it would do – serving as a catalyst for further development around this MetroLink station. We are currently in talks with other developers who are exploring opportunities in this area because they see the success of this project.”

“Metro Landing is an excellent example of what can be accomplished through strong partnerships. The result is a development that provides a very high-quality living environment for its residents, directly connects with Metro’s transit assets, stands to play a role in growing the region’s transit system, and is poised to be a catalyst for continued TOD efforts at the Swansea and other Metro Stations,” said Aaron Burnett, President of Bywater Development Group. “We extend our thanks to all the development partners, financial supporters and the extremely talented development team who have worked with vision and dedication to make this a reality.” 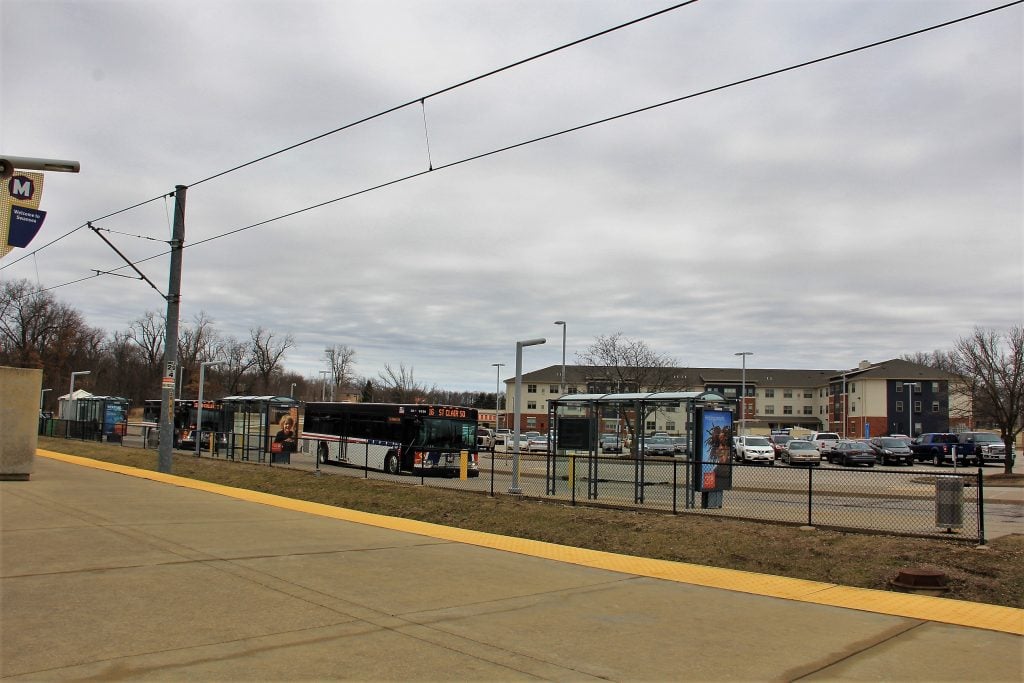 “Transit-oriented development drives economic growth. Since 2011, we’ve seen more than $8.3 billion in commercial development completed, under construction or reasonably committed within a half-mile of our 38 MetroLink stations,” said John Langa, Vice President of Economic Development at Bi-State Development. “For the community, projects like Metro Landing of Swansea are an investment in the local economy.”

Adding to the cause for celebration at Monday’s ribbon cutting was the recent news that Metro Landing of Swansea captured the 2019 Wyvetter H. Younge Award recognizing champions in affordable housing. The award was presented in late February at the 2019 Illinois Governor’s Conference on Affordable Housing, co-hosted by the Illinois Housing Council and IHDA. The Wyvetter H. Younge Award is presented annually in recognition of outstanding affordable housing developments or initiatives in a metropolitan area outside of metropolitan Chicago. Metro Landing of Swansea received the top score in that category, which seeks to honor developments and initiatives that improve quality of life for residents and the health of the overall community.