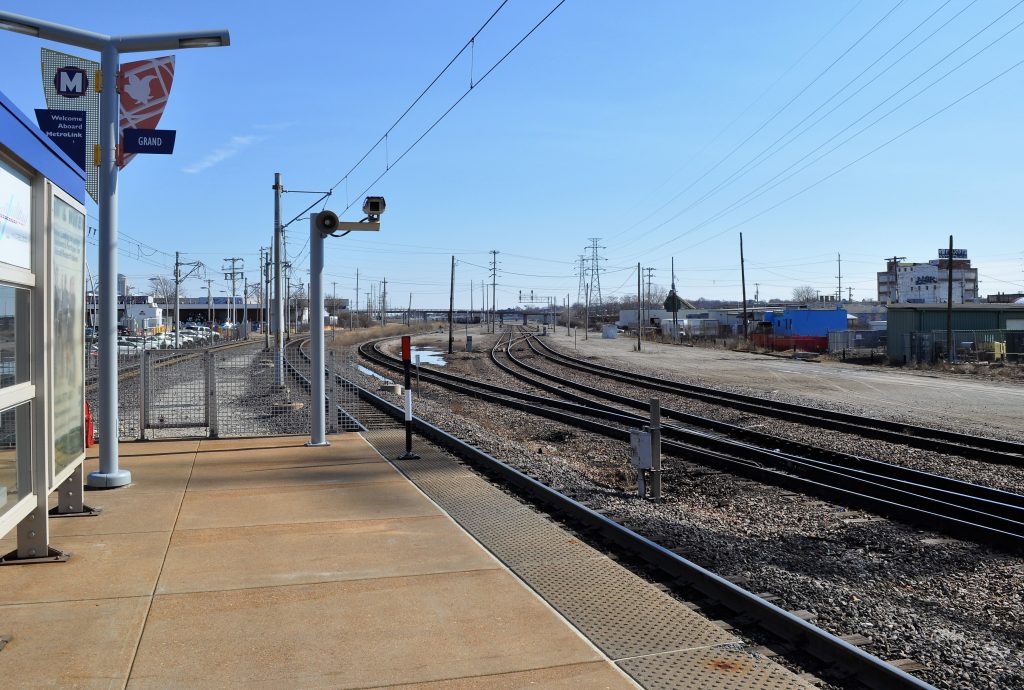 A new mixed-use development in midtown St. Louis will make an ideal home for students, hospital workers and transit riders who use the Grand MetroLink Station or ride on the system’s most popular MetroBus route, the #70 Grand.

Pier Property Group is behind the Steelcote Square District, a series of developments in the industrial area north of Chouteau and south of the MetroLink and freight rail tracks. The district is also just down the road from the new $550 million Saint Louis University-SSM Hospital expansion project.

Currently under construction within the district are the Steelcote Lofts, which will bring 33 new residential units in the old Steelcote Paint Building. The $9 million investment will transform the industrial building and bring its first residents to the area later this spring.

“When we started work on Steelcote Lofts, we made a much larger commitment to this neighborhood and see the potential to revitalize an underutilized area that is steps from the Grand MetroLink Station, and part of a broader submarket seeing rapid growth and investment.” – Michael Hamburg, Pier Property Group Owner

Two new additions to this district were announced last month, all in close proximity and within the SLU Midtown Redevelopment Corporation area, for which Saint Louis University has master developer rights. Steelcote Crossing will be a historic rehabilitation of the Columbia Oil Company building, which will include 15 micro loft units (400 to 500 square feet) and a ground floor microbrewery or distillery, totaling 17,000 square feet of rehabilitated space. Mill Creek Flats is a ground-up development of 96 apartments and 10,000 square feet of retail. Pier Property will also build structured parking to accommodate residents and visitors of all three of these developments. Some of these units are planned to open for residents in late 2020.

These new developments are creating an entirely new district out of underutilized industrial land in the center of St. Louis. This area is ideally located between Saint Louis University’s undergraduate and medical campuses, and a short walk from Grand MetroLink Station and the #70 Grand MetroBus route. Residents will have convenient access to the hospital, medical school and a public transit system that easily connects them to rest of the region.

“When we started work on Steelcote Lofts, we made a much larger commitment to this neighborhood and see the potential to revitalize an underutilized area that is steps from the Grand MetroLink Station, and part of a broader submarket seeing rapid growth and investment,” Pier Property Group Owner Michael Hamburg said. “Mill Creek Flats represents an opportunity for us to tie the other residential buildings together and create a cohesive community.”