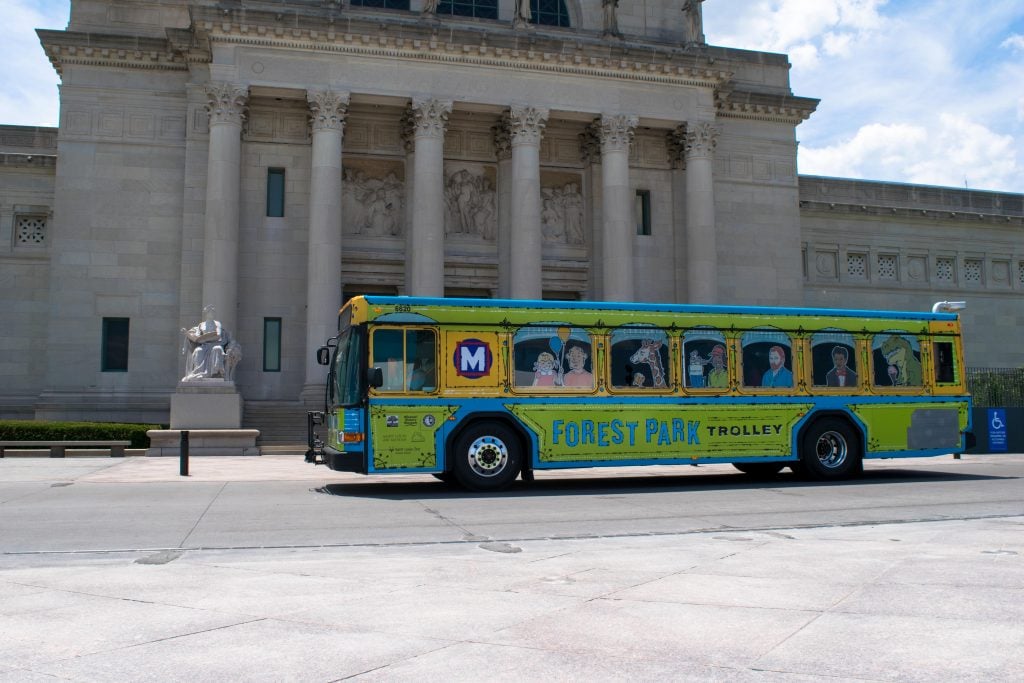 Metro makes it easy for you to have some Friday night fun, eat some food, and take in a movie under the stars in Forest Park this summer. The #3 Forest Park Trolley will provide free, special trips after 7 p.m. on four Friday evenings – July 14, July 21, July 28 and August 4— between the Forest Park-DeBaliviere MetroLink Station and the Saint Louis Art Museum for the Art Hill Film Series. The first movie in the lineup is “Titanic” on July 14.

Movie buffs can park at any one of the 21 free Metro Park-Ride lots in Missouri and Illinois, take MetroLink to the Forest Park-DeBaliviere MetroLink Station, and then hop on the trolley for a free ride to Art Hill or you could take #1 Gold Line MetroBus route or the #90 Hampton MetroBus route to the station to catch the special #3 Forest Park Trolley service. If you live near the Forest Park-DeBaliviere Station, you may prefer to walk or cycle there to connect with the trolley.

It isn’t every day you get the chance to watch a movie while sitting on Art Hill, between the Grand Basin and Saint Louis Art Museum in Forest Park. The movies start at 9 p.m., and seating space for blankets and lawn chairs is available on a first come, first served basis. The movie lineup this year is:

The #3 Forest Park Trolley provides daily service to the Forest Park-DeBaliviere MetroLink Station and all of the popular attractions in Forest Park. The trolley operates through September 4, 2017, from 9 a.m. and 7 p.m.