In celebration of Valentine’s Day, we will be sharing a special story of a couple who met while riding Metro. This week’s Passenger Profile features two transit lovebirds, Leah and Paul. 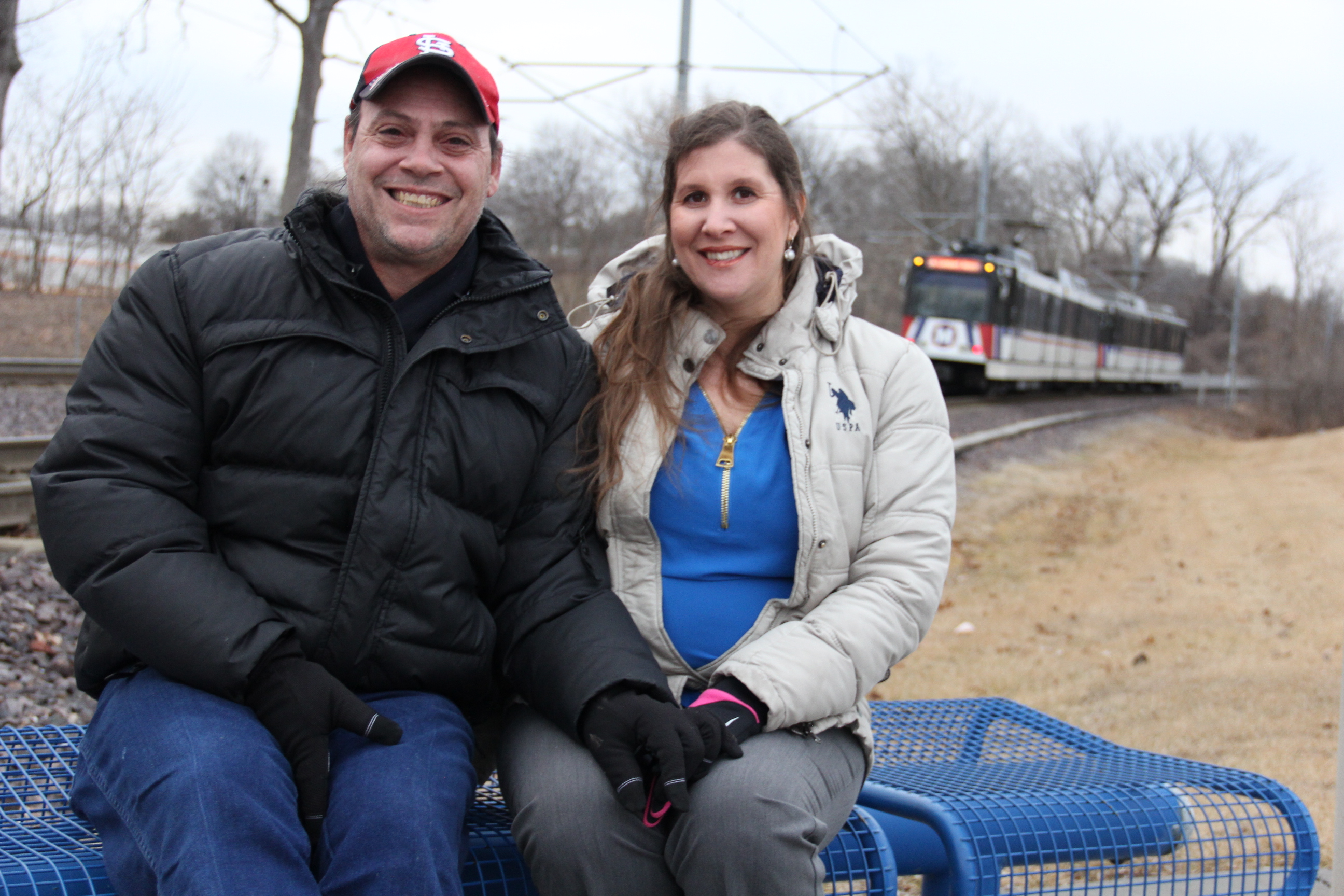 The commute to work isn’t usually the highlight most people look forward to each day. However, for Leah and Paul, it was in this very moment that their love story began.

For Leah, it was a normal day. She was set to work at the Gateway Arch Riverboats. Paul was also headed to work, with a final destination at Busch Stadium. Both drove to the Swansea MetroLink Station to catch the train — and here is where destiny decided to intervene.

It was on this particular day in the spring of 2015 that the work commutes of Paul and Leah intersected, not once, but twice. Leah saw him first that afternoon boarding MetroLink.

“I thought he was pretty handsome,” she said. “There was definitely chemistry.”

Paul approached Leah with a simple hello while she was reading her book on her commute home. The two would continue chatting until both returned to their cars at the Swansea MetroLink Station. As their work commutes continued to bring them together, their trips weren’t just about getting from point A to point B anymore – a relationship became the main objective. So, Leah decided to kick it up a notch.

During one of their conversations, Paul told Leah that he was headed off to a work trip and needed someone to look after his pet. It was the perfect opportunity to transition their relationship from on the train to off the train. They both exchanged phone numbers and the two started spending more time with each other.

“It was a perfect way to get to know someone through their pet,” Leah said. “We weren’t shy.” 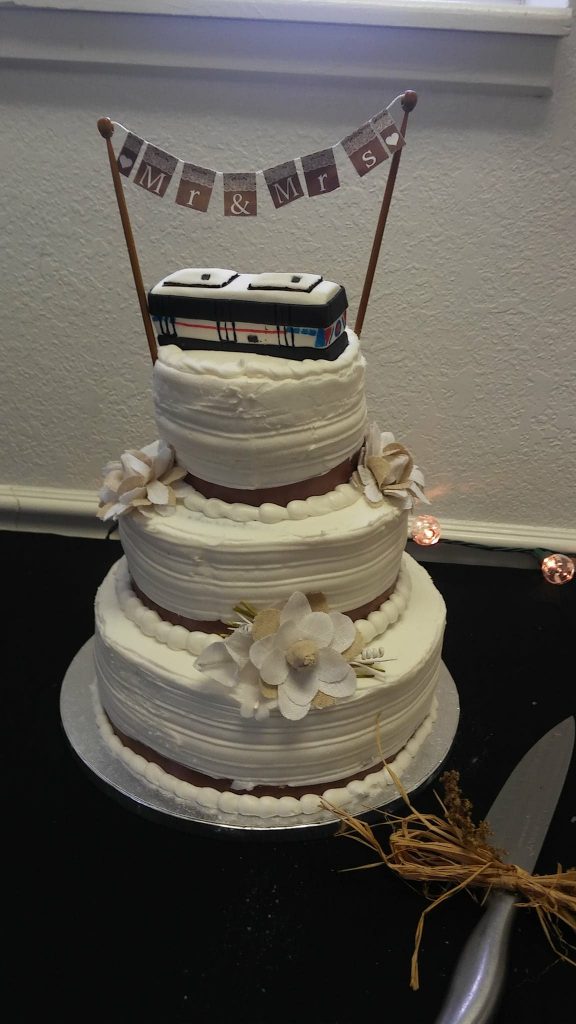 Their first date soon followed, which involved a trip to the Gateway Arch, visiting the riverfront and the parks downtown. It was an opportunity for Paul also to meet Leah’s two children.

“I remember that it was the perfect day,” Leah said. “We enjoyed walking along the river and the buildings were all lit up. Paul even gave my daughter a piggy-back ride.”

That day was indeed special, but Leah will never forget what happened at a Red Lobster one evening in June of 2016. The Red Lobster used to be a Chinese restaurant, the spot of Leah’s first job. For Leah it was a normal date, but when a bottle of champagne arrived she quickly knew something was amiss.

“Paul told me to close my eyes,” she said. “When I opened them, there was a teddy bear, a gold rose – and a ring.”

Leah and Paul got married a year later on July 1, 2017. The MetroLink train ride that brought them together wasn’t ignored on their special day. In fact, a replica of the MetroLink train sat high and mighty on top of their wedding cake.

Leah and Paul are expecting their first child together this July.